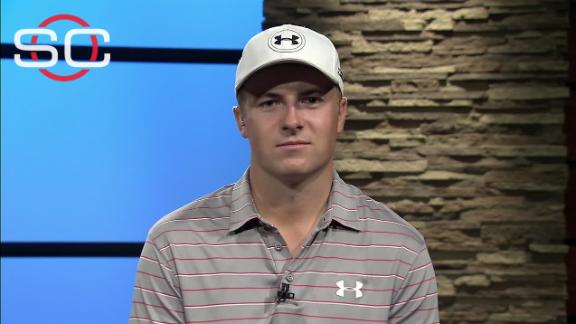 PONTE VEDRA BEACH, Fla. -- Jordan Spieth was voted the PGA Tour's player of the year on Friday after a season in which he won the Masters and U.S. Open, five tournaments in all and $22 million.

Spieth, 22, became the youngest player of the year since Tiger Woods won the award at 21 in 1997.

Spieth set a tour record with just over $12 million in prize money, and then the $10 million bonus for the FedEx Cup. He is currently the No. 1 player in the Official World Golf Ranking and led the tour with 15 top-10 finishes, including four runner-up finishes.

Spieth was elected as player of the year over Jason Day, Rickie Fowler and Rory McIlroy, the tour said in its statement.

Daniel Berger, 21, was voted the tour's rookie of the year.

Meanwhile, Under Armour announced on Friday that it would be selling Spieth-branded products for the first time. The T-shirts, available for preorder for $30, had "SPIETH" on them, as well as the new Spieth logo the company filed to trademark this summer.