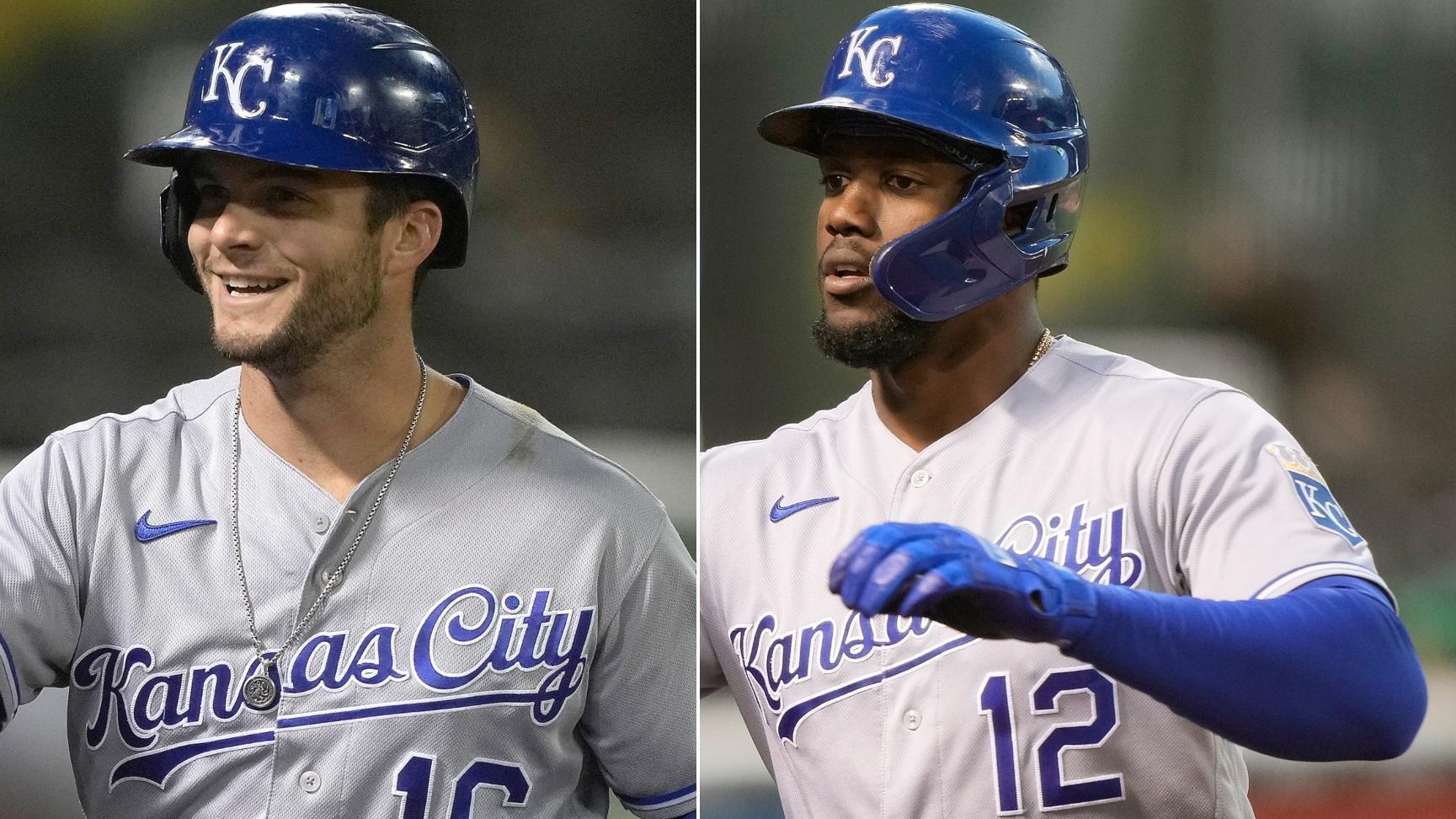 OAKLAND, Calif. -- - Mike Minor likes pitching in close games, and that's exactly what he faced dueling against Frankie Montas for much of his outing Thursday night until Kansas City's hitters delivered late.

Manager Mike Matheny has stressed how the Royals must grind through entire games, not just at-bats, to get winning results - and that's what they needed to finally get to Montas.


Jorge Soler and Andrew Benintendi homered to help back Minor, and Kansas City snapped a five-game losing streak by beating the Oakland Athletics 6-1 on Thursday night.

"We talk about grinding at-bats, but you also have games that you grind," said Matheny, a former Giants catcher happy to be staying back in San Francisco this weekend. "You just kind of stay with it. We had a couple hard outs. ... We had to just try and stay the course until we could find that big hit."

Montas (6-6) retired 13 straight during one stretch and stayed crisp into the seventh with eight strikeouts and no walks. He was tagged for three runs - two earned - on five hits over 6 1/3 innings. Montas was hurt by a catcher's interference with one out in the seventh that went to review on a Royals challenge they won on an overturn.

"When you don't have a whole lot going on offensively, unlucky stuff like that can beat you," Melvin said, noting "that was probably some of his best velocity of the year."

Minor (5-3) struck out eight and walked one while allowing three hits and one earned run over seven strong innings.

His offense came through late.

"Frankie has dominant stuff so we were just trying to do whatever we could," Minor said. "Honestly I thought he was going to keep on going until the bullpen took over. Guys stayed patient, stayed on it."


Hunter Dozier hit a tying double in the seventh then Kelvin Gutiérrez followed with a go-ahead, two-run single.

Soler connected for a two-run homer in the eighth and Benintendi added a solo shot that inning as key contributors to an important Royals win after they were outscored 22-5 in a three-game road sweep by the Angels.

Jed Lowrie homered leading off the fourth, but that was it for Oakland, which has struggled recently clearing the fences at home with regular windy conditions and Lowrie joked of his drive: "Better aim I guess. The Coliseum, you never know what you're going to get."

"Matt Olson hit a ball 109 mph yesterday at 31 degrees, which is a homer anywhere, anytime, and it barely made it to the warning track," Melvin said before the game. "That can be frustrating at times for these guys."

The A's dropped to 9-2 against the AL Central this season.

Montas had been 2-0 with a 1.62 ERA over his first three career outings against the Royals.

"It's the best I've looked so far," Montas said. "I feel like I had everything working today."


The Royals are just 5-10 with four series defeats to the A's since the club's last winning set - taking two of three versus Oakland from Aug. 14-16, 2017. But since a 19-4 loss on Aug. 26, 2019, the last six meetings had been decided by two or fewer runs and four straight one-run games before Thursday's result.

Royals: SS Adalberto Mondesí, on the IL with a strained left hamstring, continues his baseball activities as he works back from the injury. ... LHP Danny Duffy (left forearm flexor strain) threw a side session.

Athletics: CF Ramón Laureano, working back from a strained right hip that landed him on the IL, hit live batting practice on the field for the first time and said the hip isn't affected at the plate but rather when on his feet playing defense. He expects he might need a rehab assignment not as much for his hitting but "more playing seven innings" in center field. He is doing some running and hopes soon to progress to running bases. "That's the goal," he said. ... RHP J.B. Wendelken (strained left oblique) is set to throw a 30-pitch bullpen session Friday. ... Closer Trevor Rosenthal, sidelined by inflammation in his pitching shoulder, is still working through an aggressive strengthening program. "He hasn't started playing catch yet, we're probably still a little bit away from that," Melvin said. "Everything that he's doing right now, we're still hopeful at some point in time we have him this year."

RHP Brady Singer (3-5, 4.88 ERA) pitches for Kansas City in the second matchup of the four-game set Friday night looking to avoid dropping consecutive starts for the first time since his initial two outings of 2021. Oakland counters with LHP Cole Irvin (4-7, 3.89), who snapped a four-game losing streak his last time out by beating Colorado on Saturday.