Reward money of $2,500 for reporting illegal fireworks in East Bay 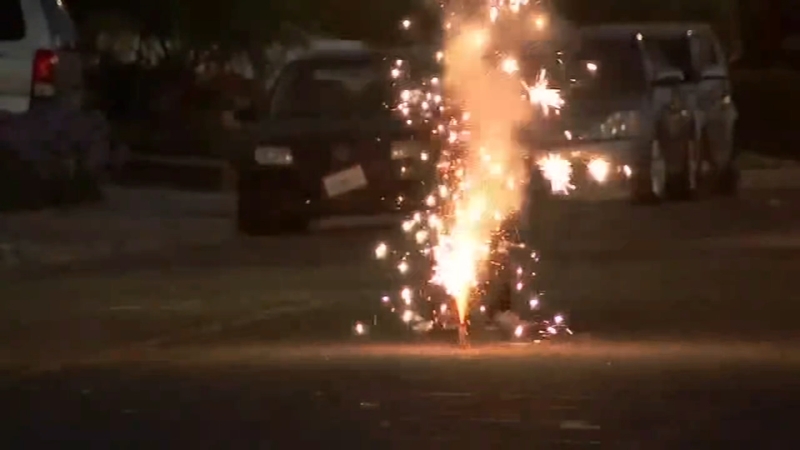 RICHMOND, Calif. (KGO) -- Illegal fireworks are a growing problem in the Bay Area, and it's a concern especially this summer with exceedingly dry brush and drought conditions. One East Bay city is trying a new tactic: If you report someone possessing fireworks, you will get thousands of dollars.

Richmond Mayor Tom Butt says the problem has gotten worse since the start of the COVID-19 pandemic. "People are fed up with it. They want it to stop. It used to be something that only happened on the fourth of July or New Years eve but now it goes on all year round," he said.

Mayor Butt had an idea. Instead of taking public dollars, why not take nonprofit community money from fundraisers and offer a reward of $2,500 to someone who tips off the city on who is shooting off fireworks.

"It's hard for someone to set off commercial grade fireworks and nobody notices," Mayor Butt said. "So people know who's doing this. And if we can start getting some arrests and getting some fines and start publicizing them, it may make people think twice if this is something they want to do."

There are people already asking, "I know a neighbor," "I know a relative who has a big cache of fireworks in their house." But they're worried.

They don't want the person to know who turned them in. Richmond is assuring the public it's all confidential.

Police officers will file the complaint on the tip and the person who gave the tip gets the reward if there is a citation or arrest.

"I'd be curious to see how it works for them," said Oakland fire department Battalion Chief Heather Mozdean.

They are also on edge .They will again close Grizzly Peak on July 4 holiday weekend and block scenic pullouts.

JULY 4TH SAFETY: How to prevent fireworks-related injuries, fires
Will Richmond's plan to dole out reward money work? "I don't know. There's no downside. I think we're going to get some action," the mayor said.