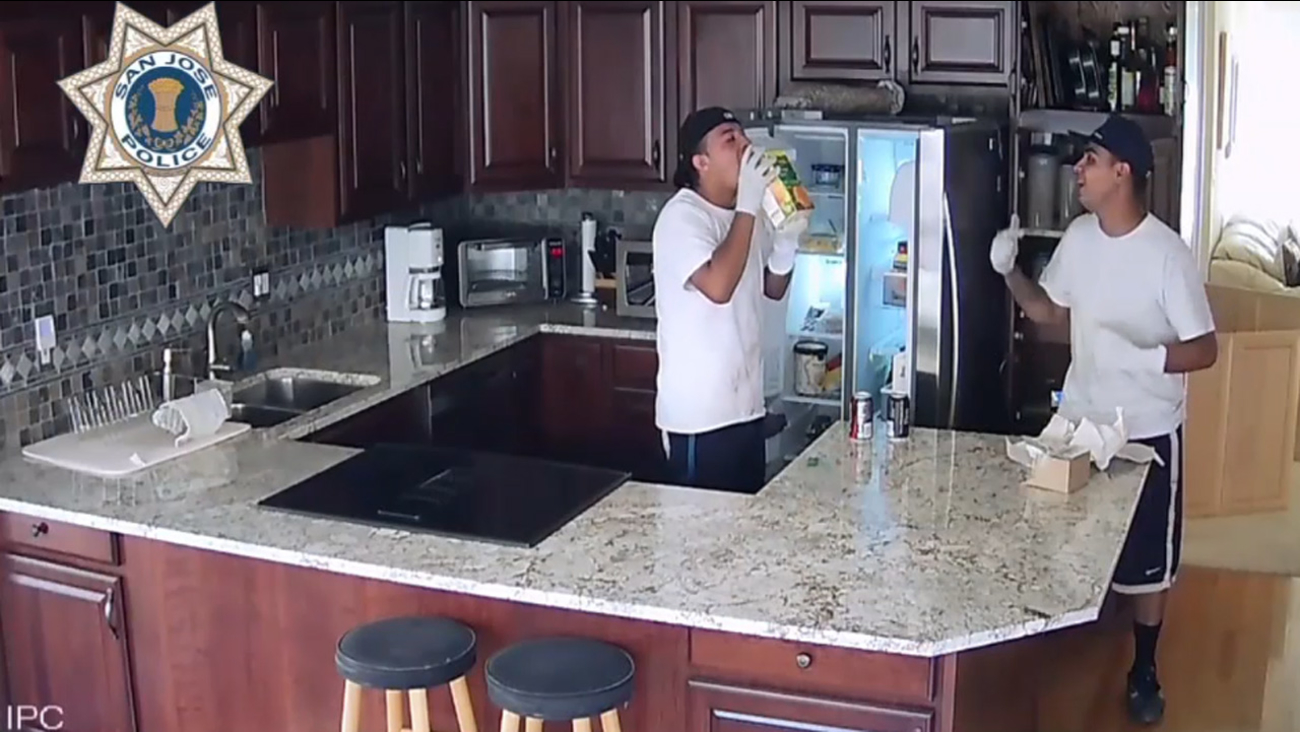 Police are seeking the public's assistance in finding two of three suspects in an August burglary at a South San Jose home. (San Jose Police)

Around 1:30 p.m. on Aug. 17, the trio forced their way into a home in the 4000 block of Mia Circle just north of Branham Lane, police Officer Albert Morales said.

The suspects ransacked the residence and took property before they left, according to Morales.

Six days later, Santa Clara police arrested one of the three suspects, 21-year-old Everth Amador of San Jose, on suspicion of the burglary and other alleged crimes, Morales said.

The other two suspects who remain at large are as described as Hispanic men between 18 and 22 years old. One of the two suspects has a tattoo on his right forearm, Morales said.

Police have released a nearly three-minute video on YouTube of the gloved suspects in the home:

Anyone with information on the case is asked to call Detective Sgt. Montonye at (408) 277-4401. Anonymous tips can be made to Silicon Valley Crime Stoppers at (408) 947-7867.
Related topics:
san josecrimeburglarysjpd
Copyright 2020 by Bay City News, Inc. Republication, re-transmission or reuse without the express written consent of Bay City News, Inc. Is prohibited.
More Videos
From CNN Newsource affiliates
TOP STORIES