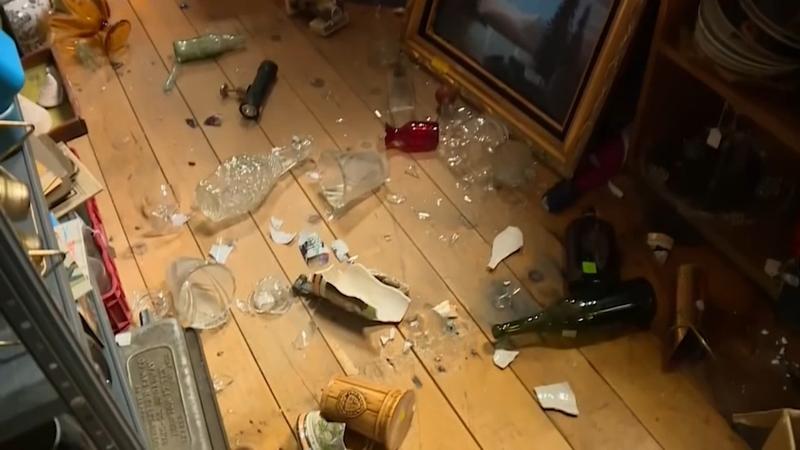 CA quake: Experts explain why ShakeAlert failed to warn many

SAN FRANCISCO (KGO) -- Many folks in Central and Northern California are still on edge after a series of earthquakes rattled the region big time Thursday.

The magnitude 6.0 quake was even felt in San Francisco. it's also a sobering reminder of the importance of being prepared. The USGS is investigating why its ShakeAlert system didn't warn more people about the earthquake.

Restaurant owner Sally Rosen still on edge after a magnitude 6.0 earthquake rolled thru her hometown of Walker in Eastern California. She and her 2-year-old, took cover with aftershocks still happening.

"Even last night, it was stressful, neither me or my partner got any sleep with the aftershocks continuing, you never know when they're coming," said Rosen.

From aggressive shaking in Arnold to swaying in San Francisco, the USGS said the magnitude 6.0, Antelope Valley Earthquake was wide reaching with nearly 15,000 reporting they felt it.

The quake sending giant boulders onto I-395 near Coleville.

Video taken from KOA campgrounds in Coleville, Calif. shows cascades of dust from rocks crashing down the side of a mountain as an earthquake rocked the region.

Seismologists say quakes in Eastern California are not unique, could it mean a precursor to something bigger?

The shaking brought rocks and boulders down Centennial Bluff in Coleville.

Seismologists say some people got a ShakeAlert warning on their phone seconds before the quake, but most did not.

"As a result of the fact there's fewer reporting stations in Eastern California, Shake Alert didn't do as good a job as we would have liked," Allen said.

The system produced phantom quakes in the Central Valley.

"The early warning system produced multiple events out of the one event because there was insufficient stations where it was happening," said CALTECH seismologist Lucy Jones.

Back in Walker Sally Rosen knows after COVID, there's a new threat to prepare for.

"This is earthquake country, it should be on our radar but we didn't know know it's something we'd be dealing with," said Rosen.