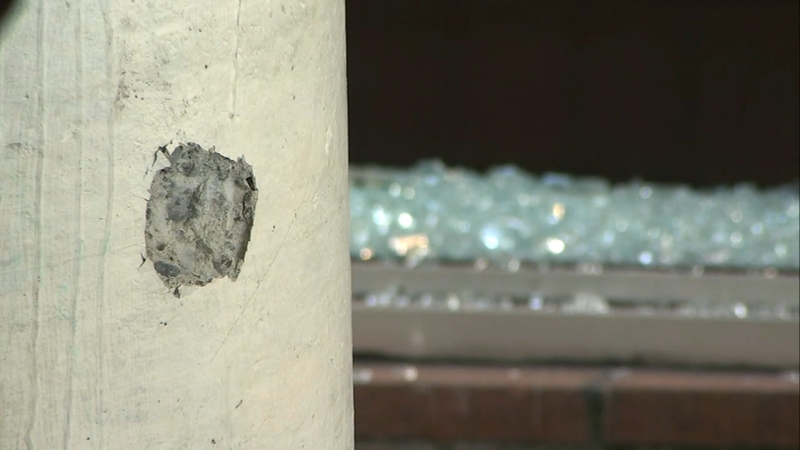 Grabowski says he and his friends took cover when they saw a man firing a gun in on Lootens Place in downtown San Rafael.

"At least ten bullets were fired in rapid succession," he added.

The windows of this hair salon, shattered by flying bullets, these bullet holes left the concrete pillars of a parking structure.

A 62 year-old man, possibly homeless was wounded by the gunfire.

Police say the violence unfolded around 10:30 p.m. Friday night near a nightclub on Fourth Street where a concert was happening but it's unclear what prompted the shooting.

"Somewhere in the area of Third and Lootens, gunfire was exchanged with a high powered rifle," said Lieutenant Dan Fink from San Rafael Police.

Witnesses saw a Dodge Charger speeding from the scene, police stopped the car on Wolfe Grade and found two 25-year-old men inside with gunshot wounds, one victim was from Fairfield the other from Pittsburg.

About the same time, police say two men from from Stockton were involved in a crash in San Anselmo, one was dead, the other wounded.

"While that was going on, we got a call from a local hospital a car drove up and victim dropped to the ground and fled the scene," Fink said.

"This is something you don't want to see, a business shot out, it's unacceptable," said Marin County Supervisor Damon Connolly.

In a statement, San Rafael Police Chief David C. Spiller said, "This violence is unacceptable in the City of San Rafael. Our staff is working tirelessly on this case to bring the people who committed this crime to justice. Our thoughts and prayers go out to all the victims and their families who have been affected by this senseless tragedy."

At this time, police have no suspects in custody. The department is asking for any information the public can provide about this crime.