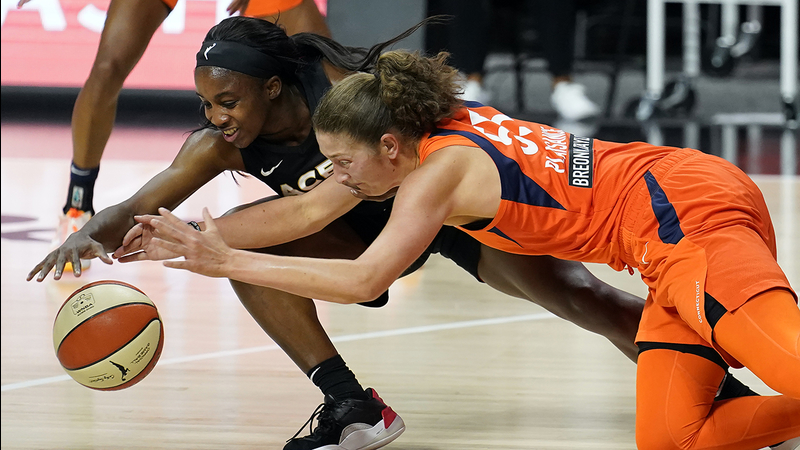 WNBA expansion team may be coming to Oakland

The 7-0 vote, with member Nate Miley saying "an enthusiastic yes" when he cast his vote, was welcome news to the African American Sports and Entertainment Group, which is trying to bring a team here.

"The reaction is euphoric! It was exciting, it was grateful. It wasn't just a vote, it was a tremendous compliment from the community and from the JPA and commissioners. It felt like our whole community was behind bringing a WNBA team to Oakland," said Ray Bobbitt after the vote. He is a co-founder of the African American Sports and Entertainment Group.

RELATED: WNBA's Sue Bird sees no hypocrisy on US team staying for national anthem during Olympics

The meeting, held on Zoom, was full of supportive speakers during public comment. Some of the people making the case for Oakland said it has the best fans in the country, it would be great for young athletes to have a team to follow and it would help bring something positive to
Oakland after it lost two professional sports teams, the Raiders and Warriors.

"This is the largest market in the country they (the WNBA) are not in. And Oakland losing two iconic sports teams leaves a huge hole and thirst for professional sports in Oakland," said Bobbitt.

Coliseum Authority member Rebecca Kaplan told ABC7 News WNBA leadership tells applicants they need to get a term sheet showing they would have a place to play and showing costs. She calls Friday's vote "an important required step that allows AASEG to move forward in the WNBA's application process."

Bobbitt has high hopes as he heads into discussions with the WNBA, calling the Coliseum the crown jewel of the community.

"We have made a very strong case for Oakland with respect to the area. We still believe it is the easiest and best place to be entertained in the country," he said.