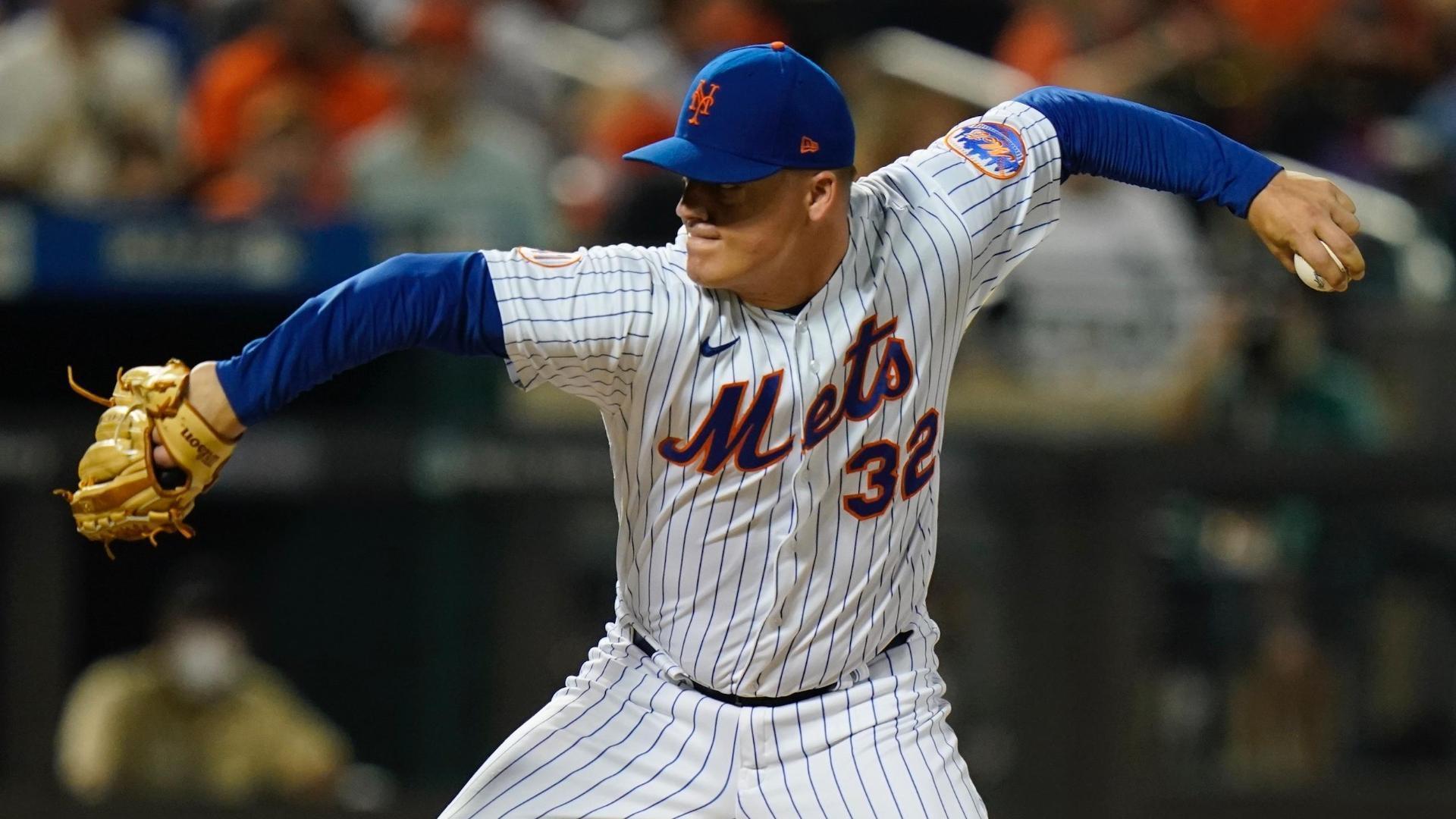 NEW YORK -- - With the best record in the majors, the surprising San Francisco Giants have been meeting challenges all season.

Their trip to New York was no different.

Just before the game, the Giants learned second baseman Donovan Solano tested positive for COVID-19. He will be sidelined at least 10 days and must quarantine in New York.

Pete Alonso clocked a two-run homer off the Citi Field restaurant windows beyond the left-field foul pole, but the Mets finished 2-11 in a pivotal stretch of games against the Giants and Dodgers - the top two teams in baseball.

"I honestly think we were right there with them," Alonso said. "We played every ballgame tooth-and-nail and fought extremely hard and it's just one hit, one pitch away."

The untimely slide dropped New York from a half-game back in the NL East to 7 1/2 behind first-place Atlanta.

Next, the third-place Mets (61-66) play 15 in a row against Washington and Miami, the bottom two teams in the division. But it might be too late to get back in the race.

Bryant connected in the first off Carlos Carrasco for his 24th home run this season and sixth with the Giants (83-44) since they acquired him from the Chicago Cubs at the July 30 trade deadline.

Four have come against the Mets since Aug. 16, including a solo shot in Wednesday night's 3-2 victory.

Alonso tied it with a two-run drive in the sixth that chased starter Alex Wood.


Mike Yastrzemski singled against Seth Lugo (3-2) to begin the eighth, and Curt Casali was grazed by a pitch. Ruf grounded a single through the right side to give San Francisco a 3-2 lead.

It was San Francisco's first three-game sweep of the Mets since June 2014, and first in New York since May 2002.

Jarlin García (5-3) worked 1 2/3 scoreless innings in relief, and José Álvarez retired pinch-hitter Jeff McNeil on a grounder with the bases loaded to end the eighth.

"He's as tough as they come," Kapler said.

Tyler Rogers got three quick outs for his 12th save.

"I can honestly say I've never really been on a team where we had a bullpen like this," Bryant said. "There's zero selfishness here."

San Francisco is 18-5 this month and assured of becoming the first National League team since the 1942 Brooklyn Dodgers to post at least a .600 winning percentage in April, May, June, July and August.

"We've got some good momentum rolling," Wood said. "The consistency that we've had this year truly has been remarkable."

Carrasco permitted two runs and three hits in a season-high seven innings, his best outing by far in six starts with the Mets after missing much of the year with a hamstring injury. He struck out five, walked none and set down his final 13 batters.

"I missed three months. Getting back to normal, it took me time," Carrasco said. "Today, I felt really good. Everything was working the way that I want to."

Giants: Casali, starting in place of nicked-up catcher Buster Posey, was replaced on the bases by Chadwick Tromp after experiencing dizziness. Casali took a foul ball off his mask earlier in the game and will be evaluated Friday. ... Posey missed his second consecutive game because of discomfort in his left knee. "No long-term concerns for Buster. Just giving him an additional day," Kapler said. ... 1B Brandon Belt went on the bereavement list to attend his grandmother's funeral Friday in Texas. He is likely to rejoin the team Saturday in Atlanta and be activated Sunday, Kapler said. Wilmer Flores, a fan favorite with the Mets, played 1B against his original team. ... Solano was placed on the COVID-19 injured list. San Francisco recalled Tromp and infielder Thairo Estrada from Triple-A Sacramento. ... RHP Anthony DeSclafani (right ankle inflammation) was scheduled to throw a bullpen with an eye toward coming off the injured list Sunday to start in Atlanta.

Mets: RHP Noah Syndergaard threw 16 pitches in a rehab start for High-A Brooklyn, his first outing since getting shut down in May with elbow discomfort in his recovery from March 2020 Tommy John surgery. ... RHP Jacob deGrom (forearm tightness) reported no issues after playing catch Wednesday and did so again, manager Luis Rojas said. ... Backup catcher Tomás Nido (sprained left thumb) could come off the injured list Friday or Saturday. Starting catcher James McCann (lower back spasms) is taking batting practice but isn't quite as close. ... Reserve infielder Luis Guillorme (strained left hamstring) began a rehab assignment at Triple-A Syracuse. OF/1B José Martínez, sidelined all season by a torn meniscus in his left knee, was scheduled to play nine innings in right field for Syracuse but only got one at-bat and was removed in the fourth.

San Francisco plays its next 10 games against the Braves, the NL Central-leading Brewers and the rival Dodgers.