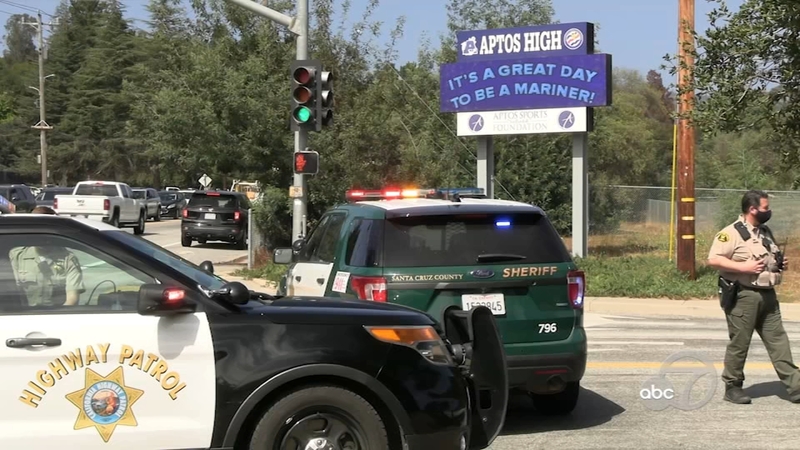 Santa Cruz County Sheriff's deputies rushed to Aptos High after the student, a senior, was stabbed multiple times on the campus around 2:20 p.m.

A Calstar rescue helicopter landed on the campus, while medical crews arrived in ambulances.

At 2:20PM deputies responded to a report of a stabbing at Aptos High. A student was stabbed and this is believed to be an isolated incident.

The campus is currently on lockdown and deputies are actively searching the campus for the suspect. pic.twitter.com/vnxIogm7tO

Authorities locked down the school and began searching for a suspect.

Two people were detained, according to the sheriff's office. Deputies later confirmed the suspects are students, one a freshman and the other a senior.

Both will be booked into juvenile hall.

Aptos is about eight miles south of Santa Cruz.