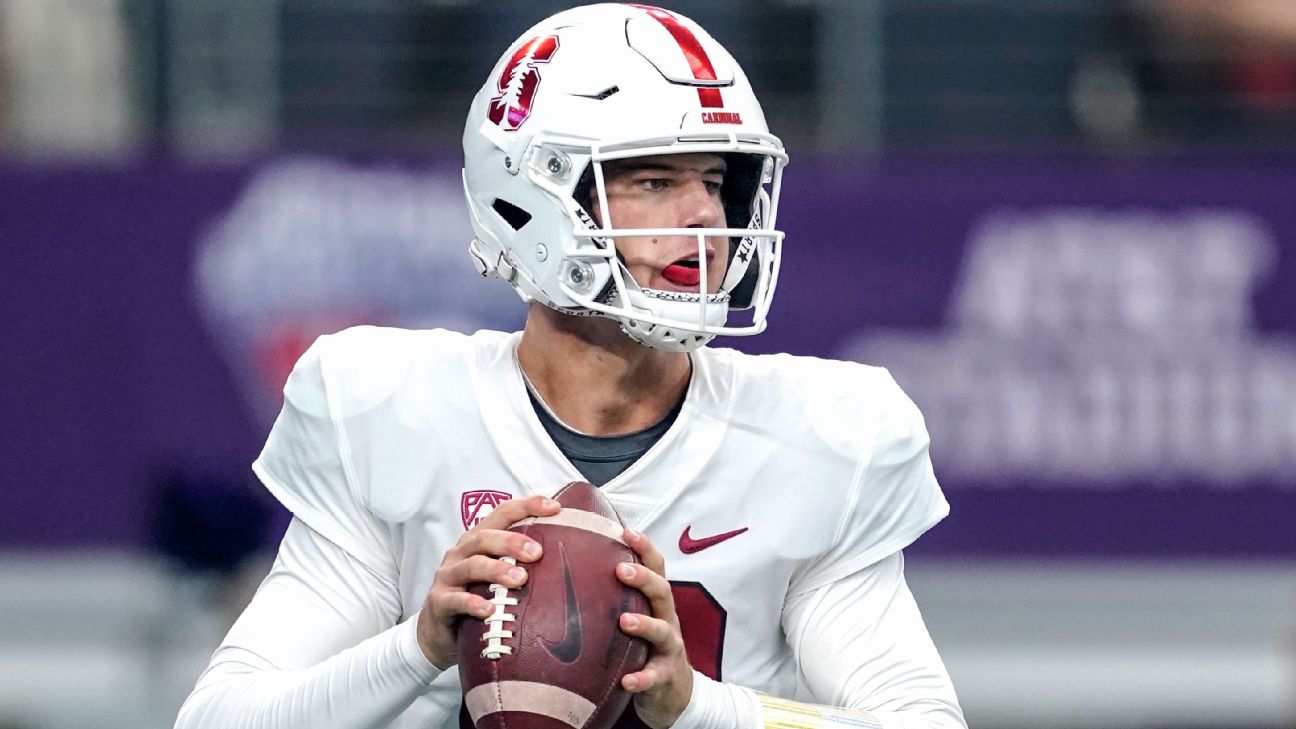 Stanfordis making a change after its season-opening loss to Kansas State, startingTanner McKeeoverJack Westfor this week's game at No. 14 USC.

West started against Kansas State, but McKee played the majority of the game and led the team in completions (15) and passing yards (118) on 15-of-18 passing with a touchdown and no interceptions.

West was 8-for-12 for 76 yards with no touchdowns and two interceptions in the 24-7 loss to the Wildcats. Stanford, which didn't score until there was 3:16 remaining in the game, finished with only 233 total yards and 39 rushing yards.


McKee, a 6-foot-6 sophomore from Corona, California, appeared in only one game with seven pass attempts in 2020. He served a two-year Mormon mission in Brazil before joining Stanford. He was ranked as the No. 5 pocket passer and No. 76 overall player in the 2018 recruiting class by ESPN.