According to authorities, a 54-year-old man was walking down the street while using his smartphone to look up a map for directions the night of October 26 when he was attacked.

Surveillance video shows the suspects hit the victim and try to steal his phone. The man tried to run away, but the suspects caught up to him, knocked him to the ground, and kicked him while he was down. A woman pushing a baby stroller was seen walking up to stand with the suspects as they lingered around the man after stealing his phone.

Police say the victim, who's a husband and father of three, sustained severe facial injuries which will require reconstructive surgery.

Both suspects were taken into custody without incident. 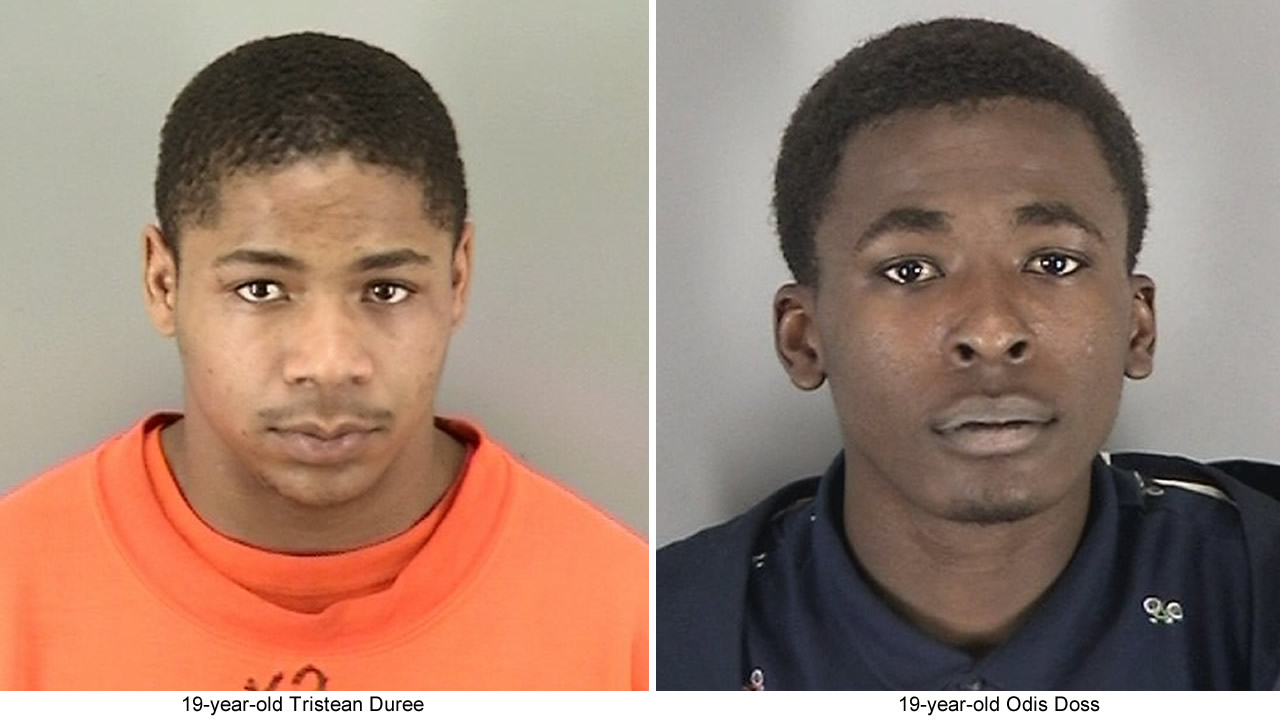 Duree and Doss were booked into jail for robbery, aggravated assault, and conspiracy. They also each had a bail enhancement added for committing a crime while out on bail from a previous offense.

While arrests have been made in this case, anyone with information on this crime is asked to contact Sgt. Rose Smith from the Central Station Investigation Team at (415) 315-2400, the Anonymous Tip Line at (415) 575-4444, or Text A Tip to TIP411 and begin the text message with SFPD.
Related topics:
san franciscocrimearrestassaultrobberybeatingsfpdcellphoneviolencepoliceinvestigationsmartphones
Copyright © 2021 KGO-TV. All Rights Reserved.
More Videos
From CNN Newsource affiliates
TOP STORIES