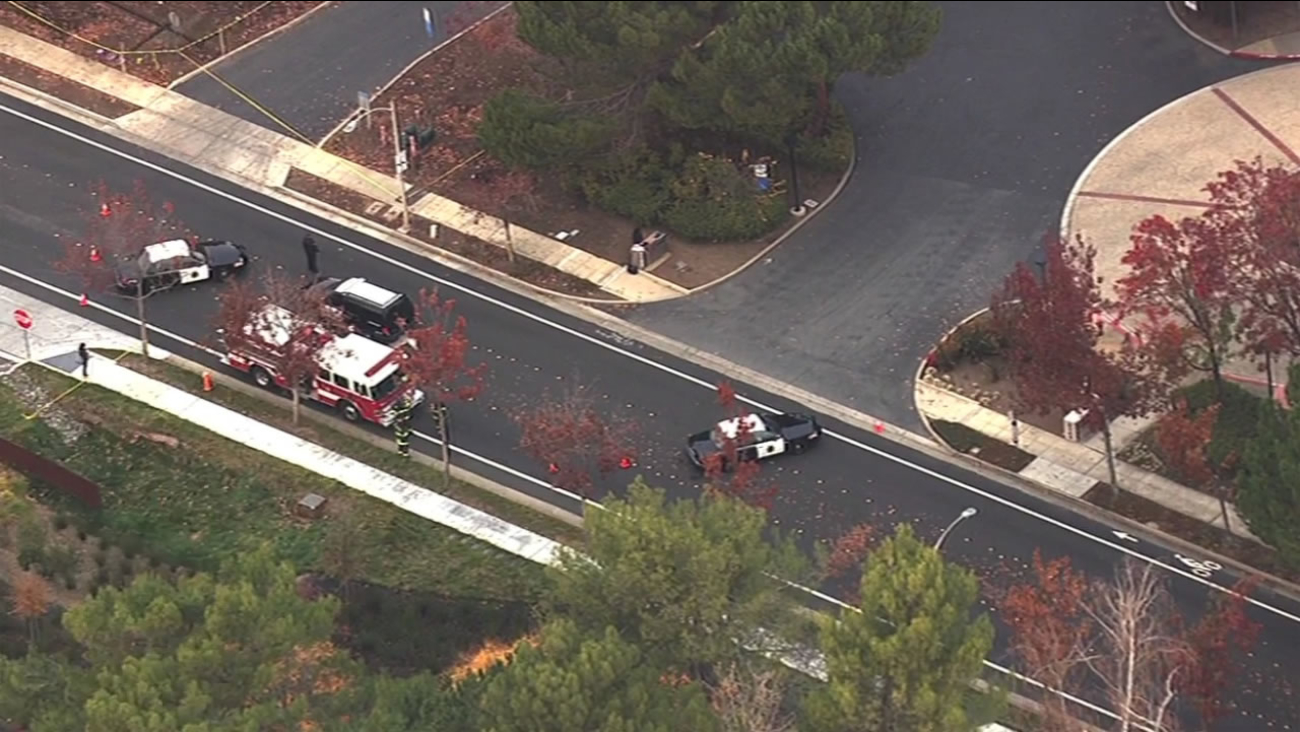 Police have cordoned off parts of Porter Drive in Palo Alto, Calif. and issued a shelter-in-place after a possible grenade was found Nov. 30, 2015. (KGO-TV)

PALO ALTO, Calif. -- A bomb squad in Palo Alto detonated a hand grenade found at a construction site and they have rendered the scene safe, opening roadways and lifting shelter-in-place orders.

The roadway has re-opened & the incident has concluded. News release to follow later tonight. Thanks, @SCCoSheriff! pic.twitter.com/gxVKsWQ6Xj

Palo Alto police wrote on Twitter at 2:49 p.m. about the incident at 3145 Porter Drive, where workers discovered the grenade while digging underground.

The 3100 block of Porter Drive is temporarily closed this afternoon while a bomb squad investigates the device, police said.

The @SCCoSheriff Bomb Squad has detonated the device; turns out it was an inert grenade. The scene is safe. pic.twitter.com/UmvW10ZnzQ

Here's a map of the area and the affected roadways for the Porter Drive incident (a found possible hand grenade). pic.twitter.com/p3hj2gbGhG

The workers discovered the device while digging underground for a construction project. (2/6)

No other evacuation or shelter in place orders are expected. The 3100blk of Porter Dr (just south of Page Mill) is temporarily closed. (4/6)

Media: A PIO is available if necessary, but no additional information is available for release at this time. (6/6)