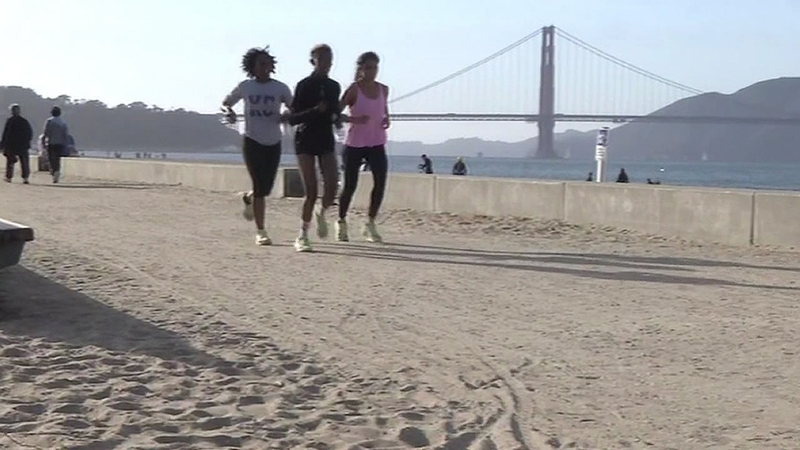 PALO ALTO, Calif. (KGO) -- If you're heading out for a run, you may think you're doing your body good. However, experts say incorrect form can not only slow you down, it can also lead to injuries.

A Bay Area company believes it has a better way forward. "The gold standard in all this is 3D motion capture," explains Rebecca Shultz, Ph.D., a biochemist and product researcher at Palo Alto based Lumo.

The company has developed a sensor that acts like a running coach in your pocket. She said the team partnered with a performance motion lab and used a kind of 3D photography to map out the optimal movements involved in running. "3D motion capture works by putting reflective markers on the body and that allows us to calculate things like joint angle," Shultz said.

Engineers then used that information to develop sophisticated computer code that can interpret signals coming from the Lumo sensor, which is built into a pair of running shorts or women's running pants.

The measurements include things like ground contact, pelvic rotation and the length or your stride. Readings are compared to the optimal range for each movement. Runners can even get coaching in the form of audio prompts beamed through their cellphone's earbuds. "It combines the powerful data or a running lab with the motivation of a coach, all integrated into the waist band of your shorts," Perkash said.

And while putting in the miles is still up to you, the creators believe the sensor could help smooth the way.

The company is currently taking pre-orders for the sensor, which is due out early next year. The price is $109 on the their website.