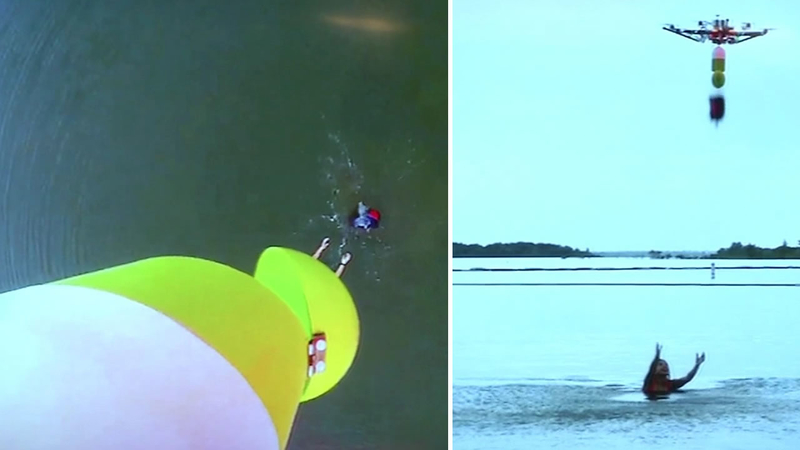 SAN FRANCISCO (KGO) -- Mobile technology keeps people connected and helps people at work, but on Wednesday a handful of startups were honored for using that technology to save and improve people's lives.

The award comes with big prize money from Verizon and goes to startups that are answering big problems using tiny technology.

With its wireless water meter, CityTaps was a finalist for Verizon's Powerful Answers Award.

"To bring running water to every urban home in the developing world," said CityTaps CEO and co-founder Greg Landel. "To help free women and girls from the burden of having to get water for their families."

Empowering women was a theme at the event. Arianna Huffington helped lead a panel of female founders.

"How did you deal with that voice of self doubt?" Huffington asked.

"I try to just remind myself that we're doing this for a really legitimate social reason," said Melisaa Lehman

Clearly it worked. Lehman received a $1 million grand prize for her startup Pogo, an app that connects parents with carpools.

Smartphone technology is also showing up in new inventions for first responders. A bouncy ball is helping emergency workers see around corners.

"We make throwable omnidirectional cameras that you can toss into a dangerous environment and see in 360 or virtual reality what's going on," said Bounce Imaging Franisco Aguilar.

"Up to 15 to 20 seconds, which allows people, like fire stations to open their doors. Don't get in the elevator. Don't do this operation on this person just yet," said Mark Johnston Zizmos lead sensor engineer.

Second place winners include a Next Generation 911.

"With one tap of emergency, it starts to upload audio, video, GPS," said a spokesperson for Next Generation 911.