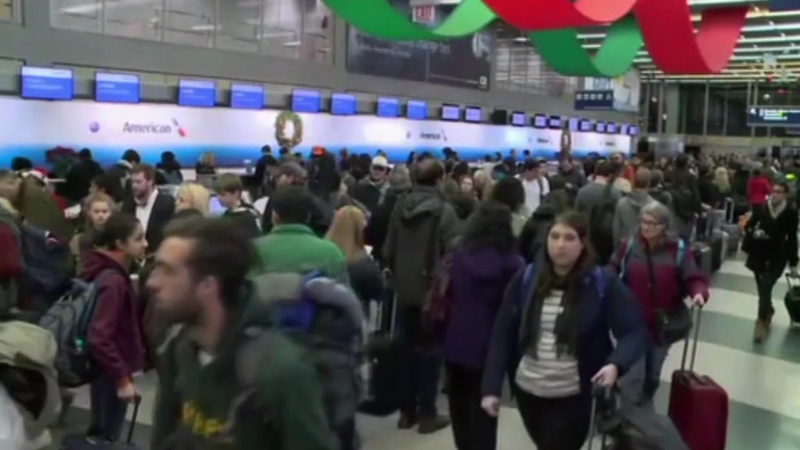 SAN JOSE, Calif. (KGO) -- A record number of people are traveling this holiday season. According to AAA, over 100 million people across the U.S. are expected to take to the sky or the hit the roads.

Looking good for travelers leaving @FlySJC early this morning. Lines are short and no delays... pic.twitter.com/6DQeh76Qfu

Cheapest gas for holiday travel season in 7 years according to AAA. Cheapest in #SanJose at $2.29 a gallon. pic.twitter.com/I9c83U0R1p

U.S. average gas prices dropped below $2 a gallon today for the first time since March 25, 2009. pic.twitter.com/fbLEKzQb3O