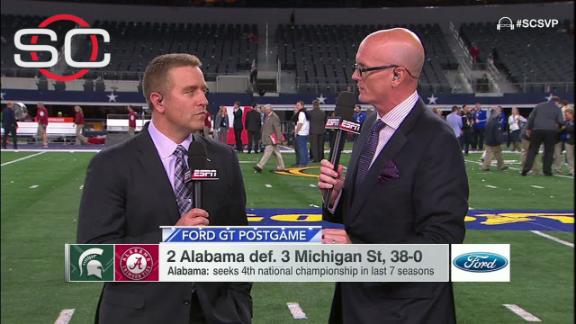 No. 2Alabamais a touchdown favorite over No. 1Clemsonin theCollege Football Playoff National Championship Presented by AT&T.

The Westgate SuperBook in Las Vegas opened the Crimson Tide as seven-point favorites over the Tigers. It's the second straight game in which the top-ranked Tigers have been underdogs.

Las Vegas books opened betting on the national championship game late Thursday night as the Crimson Tide began putting away Michigan State in the second half of the Goodyear Cotton Bowl Classic and finished with a 38-0 victory. Sportsbook operator CG Technology opened the Crimson Tide as 4.5-point favorites. The line quickly climbed to Alabama minus-6.

Clemson advanced to the title game with an impressive 37-17 win overOklahomaon Thursday in the Capital One Orange Bowl. The Tigers were four-point underdogs to the Sooners but ran away from Oklahomain the second half. They'll likely be even bigger underdogs when they kick off against Alabama on Jan. 11 in Glendale, Arizona.

The Crimson Tide have been favored in 80 of their past 81 games, including all three national championship game appearances under coach Nick Saban. They've won all three of those title tilts.

Clemson is 3-12 all time against Alabama and has lost the past 12 meetings. It is the Tigers' worst record against any opponent they have played at least 10 times, according to ESPN Stats & Information.

Since 1999, the beginning of the BCS era, the betting favorite has won 10 of 17 national championship games.Oregon was a six-point favorite over Ohio State last year in the first championship game of the playoff era. The Buckeyes won 42-20.

Clemson a different animal for Alabama
Kirk Herbstreit and Scott Van Pelt discuss the troubles Clemson will give Alabama in the title game, especially with a QB that can run and throw. 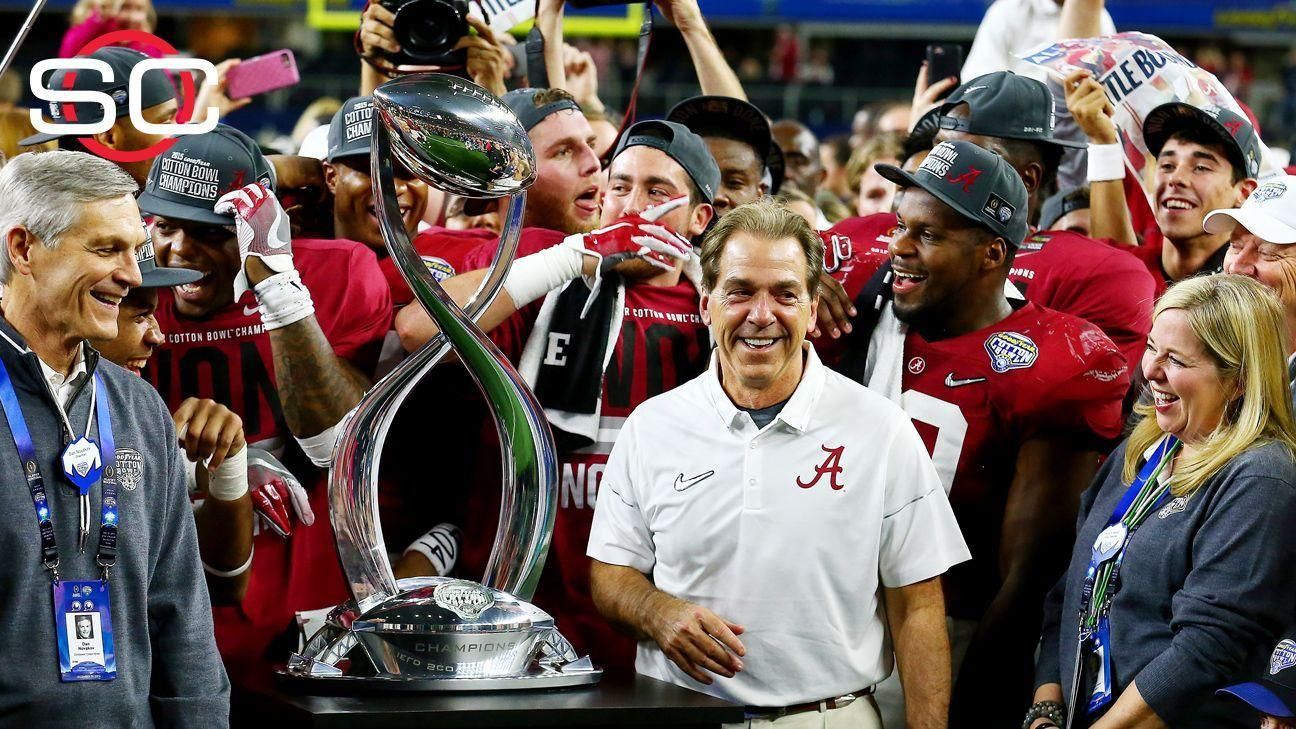 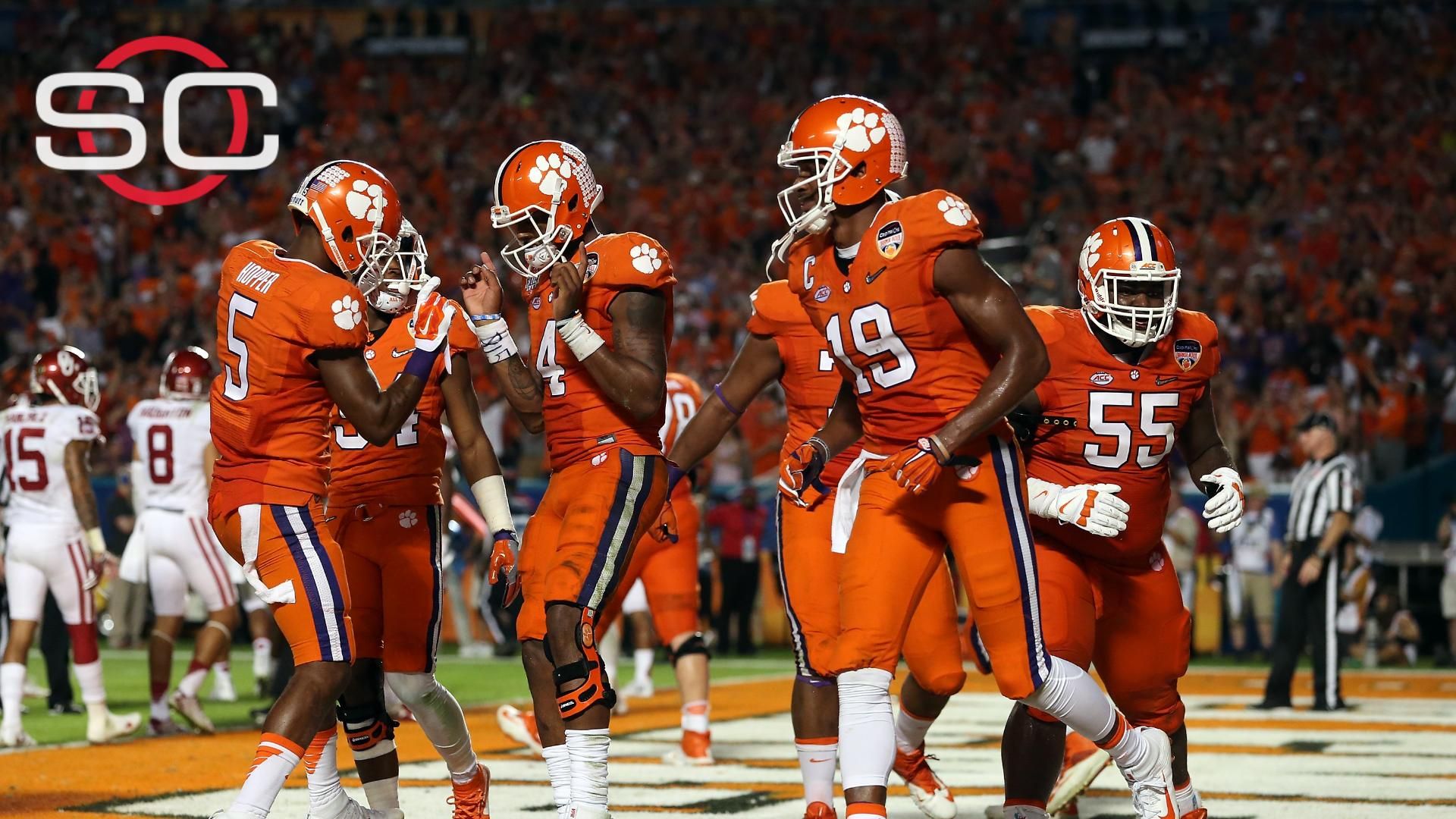