Everything you need to know about virtual reality headsets 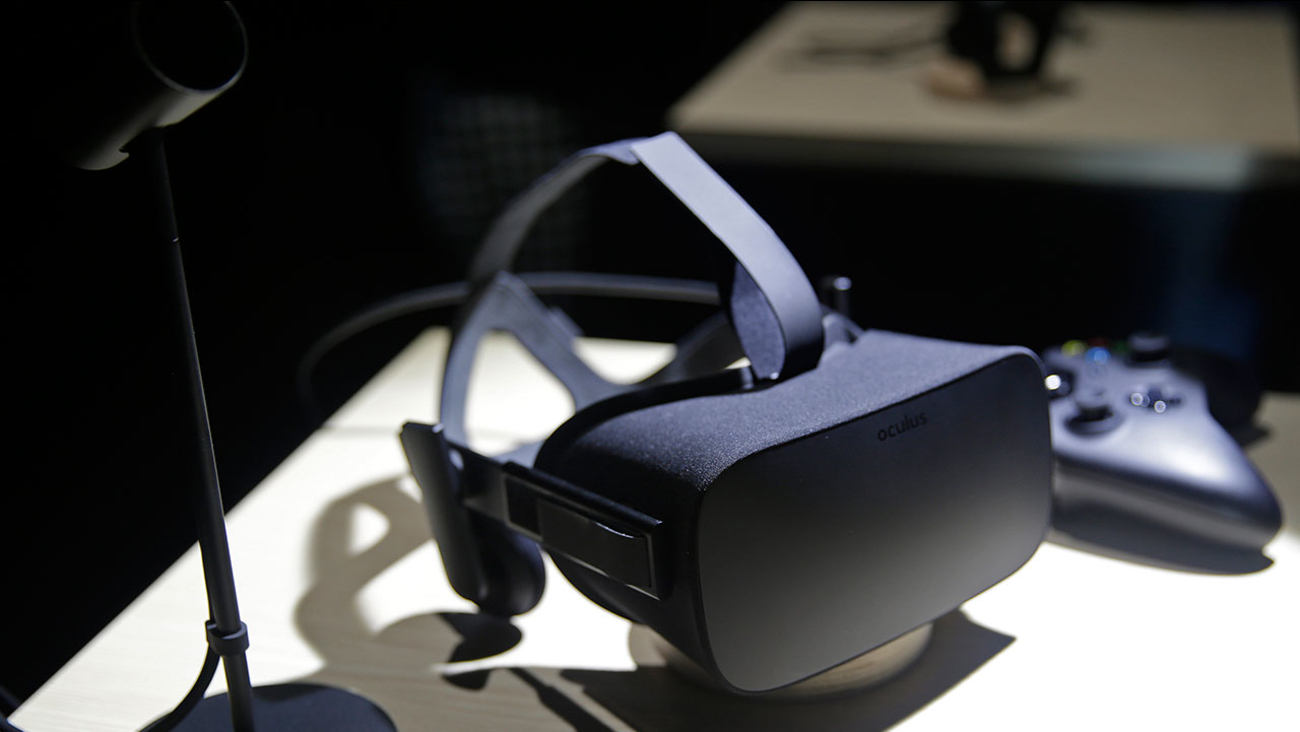 The Oculus Rift headset is shown with its sensor and an XBox controller at a news conference in San Francisco in June 2015. (AP Photo/Eric Risberg)

For virtual reality enthusiasts, the Oculus Rift, which goes on sale to the public Wednesday, is just the latest gadget to drool over. Others, though, might be asking the question, "Oculus what?"

If you're in the latter group, let's back up a minute. The Oculus Rift is a virtual reality headset that enables you to play games just like you would on a console. Consumers can begin pre-ordering it for the first time this week, which means the average gamer will soon be able to play around in virtual reality worlds.

But you don't need a fancy gaming device to immerse yourself in the world of virtual reality. Once you're ready to dive headfirst (literally) into the world of VR, here's what you need to know about how consumers are using it, from the simple to the more complex.

You don't even have to buy anything to get a demonstration of how virtual reality works. Search for "360" videos on YouTube and Facebook to see videos that were created to be experienced in virtual reality. To watch them without any apps, you'll need to click the screen to tell it where you want to look. Try it out now with this video that will have you "climbing" a tree in Australia that's more than 200 feet tall.


Make the world respond to your gaze

If you have a smartphone or other portable device with an app store, you can download apps that will make the videos respond to where you look, like the 360 video app on iTunes. Many come with pre-loaded 360 videos and ways of watching 360 videos online. Watching a video with these apps works like having a little window into another world: Just move your device around to see different perspectives. Tip: It's most fun to experience while standing or sitting in a swivel chair.


Block out everything else

If you want to really immerse yourself in these 360 videos, try buying a viewer. One of the most well-known options is the Google Cardboard, which runs for about $20. First download the app for your viewer (Google Cardboard's is free). Then assemble the headset, slide your phone in, and voila! You'll have goggles that put you into the world of the video. You don't need to buy anything else to use your viewer, but some come with straps, and you can plug headphones into your phone just as you would while watching a normal video.

As a grandmother in a recent viral video shows, just sitting and watching a 360 video while wearing a viewer can be a pretty intense experience, especially if the video involves "riding" a rollercoaster.

As the price of a viewer increases, so do its capabilities. The $99 Gear VR, which Wearable.com said last month was unlike anything else yet on the market, has a touchpad on the side that allows you to play games. Here's how it works:


And in case you were thinking that virtual reality is starting to sound lonely, game developers have already figured out how to make party games. One of the most popular is "Keep Talking and Nobody Explodes," in which the player wearing the headset must diffuse a bomb while others give them clues gleaned from the game's app.


Use your full body

This is where the Rift comes in. It's more than just a headset. In fact, playing games on the Oculus Rift is a pretty similar experience to playing video games on consoles, except that you'll be immersed in it. See what it looks like from a player's perspective with this trailer for one of the device's pre-loaded games, "Lucky's Tale."


Unlike less advanced headsets, the Rift isn't wireless. To play, you'll need to plug the cable on the Rift into a fairly powerful computer. You'll also need to plug in the sensor that detects your movements and the controller. Eventually, Oculus plans to release a touch sensor that is "as natural as using your real hands." For now, the Rift comes with an Xbox One controller.

Rifts cost $599 per unit and shipment is expected by April, according to the pre-sale page. That page also has a program to test whether the Rift would be compatible with your computer. One of the requirements is that the computer run on Windows, so no Macs will be compatible.

If using a gaming console in your house isn't real enough VR for you, an even more immersive experience is on its way: theme parks. The VOID is being billed as the first virtual reality theme park where you interact with specially designed rooms, as shown in their demo video.