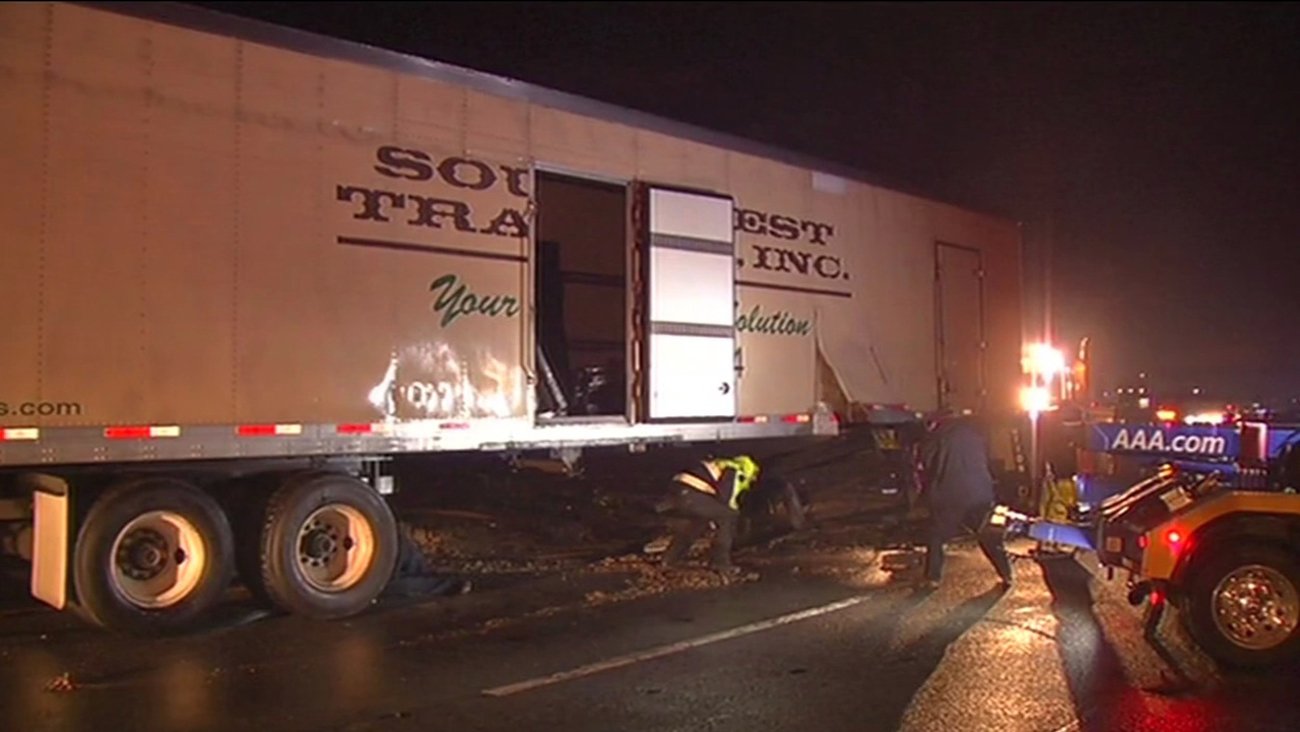 SAN BRUNO, Calif. -- The eastbound Interstate Highway 380 connector ramp to southbound U.S. Highway 101 near San Francisco International Airport has reopened this morning after being closed for several hours because of a big-rig crash, according to the California Highway Patrol.

Firefighters and CHP officers responded at about 1:15 a.m. to a crash involving a big-rig that caught fire, prompting the closure of the connector ramp.

Crews put out the car fire and also responded to a small fuel leak from the vehicle, according to the CHP.