KGO
By by Melanie Woodrow
SAN FRANCISCO (KGO) -- Sewage spewing up in a San Francisco neighborhood every time it floods is an ongoing mess. The San Francisco Public Utilities Commission began a series of workshops in an effort to improve the city's flood resilience. It was a chance for a city agency to educate commissioners.

This meeting at City Hall on Tuesday was a necessary first step towards creating policy change, but residents whose homes have been flooding for years say it is long overdue.

San Francisco residents who live along Cayuga Avenue and Folsom Street say the city has been flushing its toilet on their neighborhoods for years. 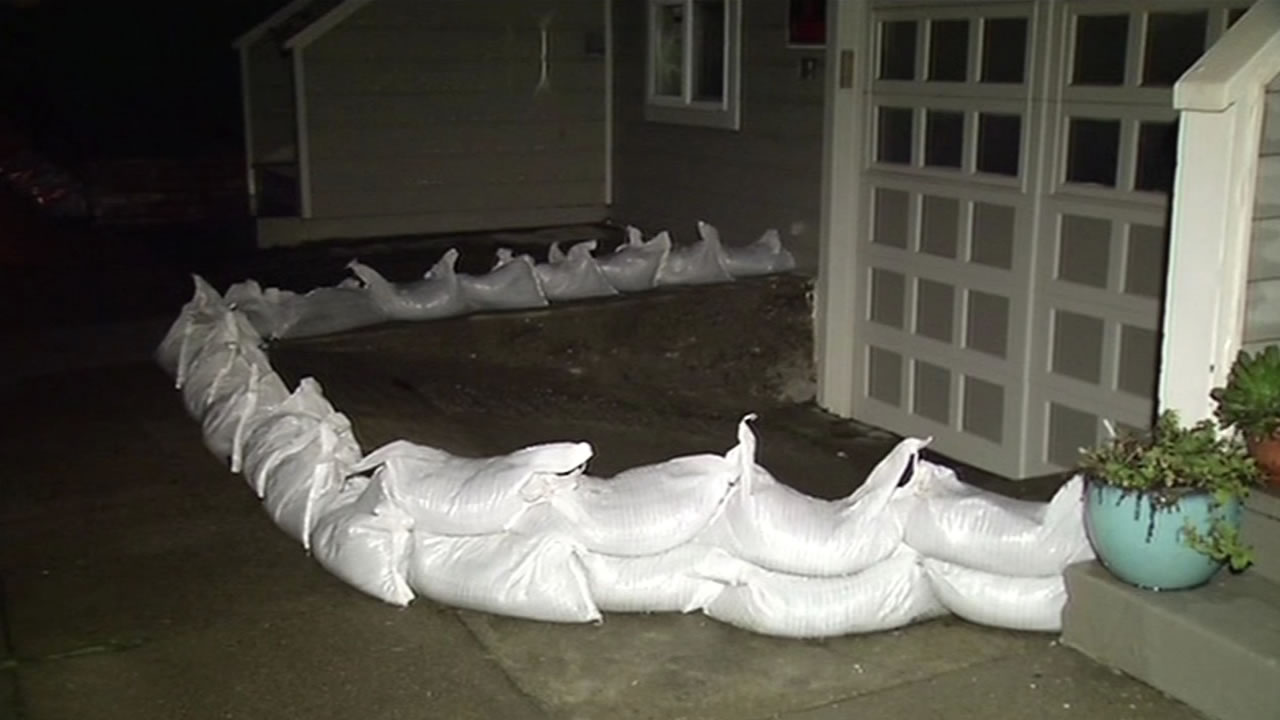 Bay Area residents brace for strong El Nino storm
Bay Area roadways are currently dry right but in just a few hours, morning commuters will be dealing with those heavy downpours and slick roads.
"It is appalling, it is deplorable. The words I really want to say I can't say on air," Bachelor said.

Bachelor and others haven't been holding their tongues. They've been fighting the city and even signing onto a lawsuit against the city.

Now, finally there is some action in the form of a workshop. The San Francisco Public Utilities Commission is educating commissioners and going as far as passing around props like drain backflow preventers so commissioners can understand how the city's system works.

"It's taken a year to even get to this point where the city is somewhat acknowledging that this is a major disaster," San Francisco resident Donna Marie Ponferrada said.

Ponferrada worries about her 94-year-old grandmother who she says stopped smiling because of the continuous sewage flooding. 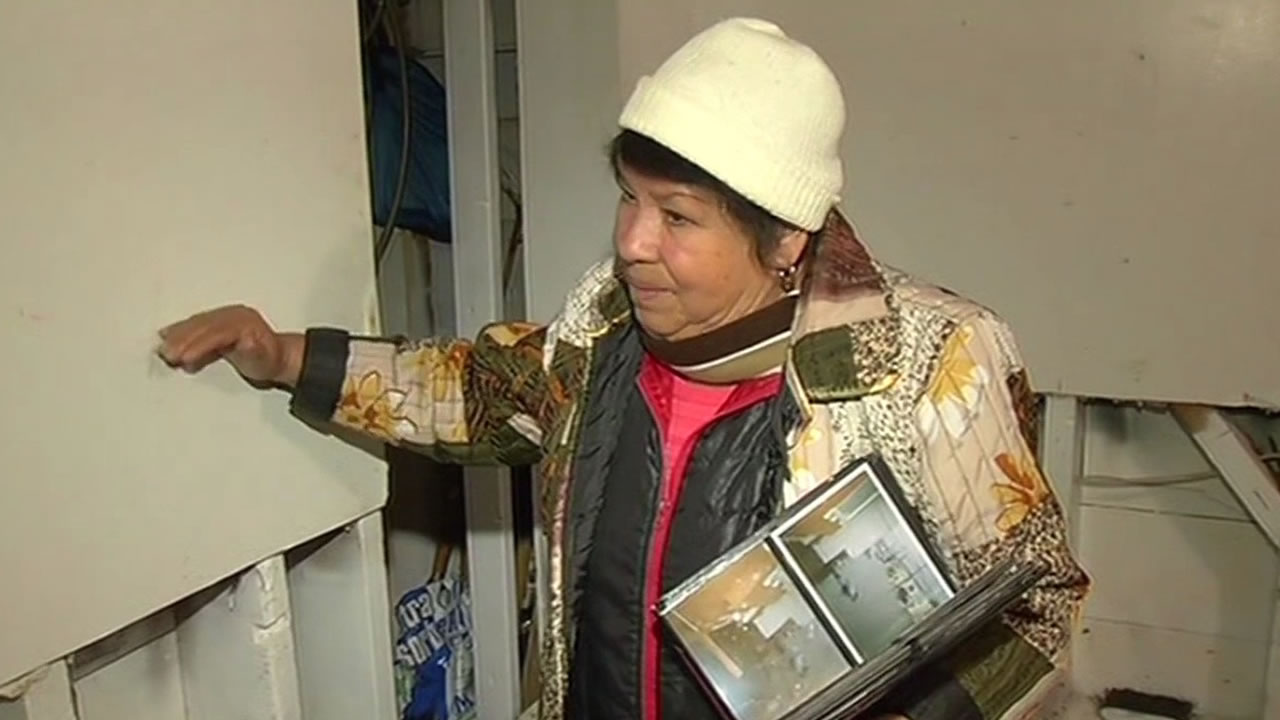 SF homeowners, businesses frustrated with flooding sewage system
Business owners and homeowners say they have struggled to get the city to fix a flooding and sewage problem in their Mission Terrace neighborhood.
"Now she's just miserable and we're all miserable," Ponferrada said.

SFPUC's General Manager says finding a permanent solution is next to impossible.

"No matter what size system we build, a storm event will be bigger than that," Harlan Kelly, general manager of the SFPUC, said. "It's going to cost a lot of money and the whole city all the rate payers would have to pay for it."

A study underway is expected to be complete this spring.

"They've been paying more to study the problem than to fix it," Bachelor said.

Also studying the problem is the the Federal Environmental Protection Agency, which recently launched an investigation.

In the meantime, residents worry the sandbags might protect their homes but not their health.

When you get unusual weather where you live, tag your photos and videos on Twitter, Instagram, or Facebook with #abc7now and we may use it on air.
Related topics:
weathermission terracesan franciscosan francisco city hallhealthfloodingsan francisco public utilities commissionhomestormrainenvironmental protection agencystorm damageroad repairsevere weatherflash flooding
Copyright © 2020 KGO-TV. All Rights Reserved.
RELATED 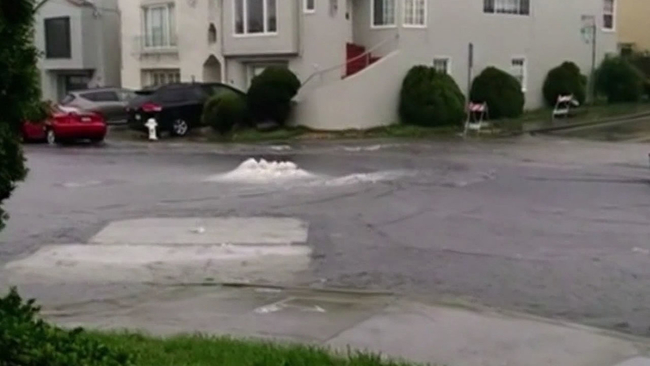 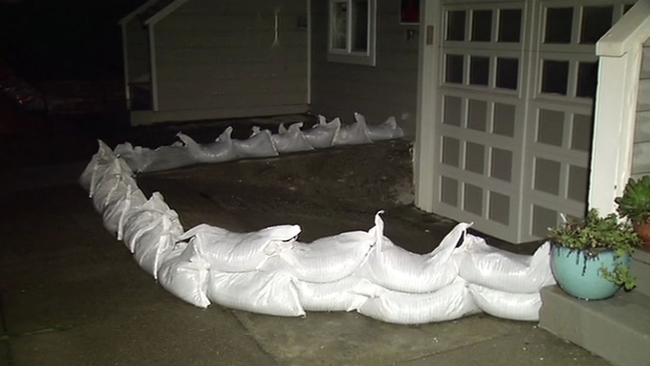 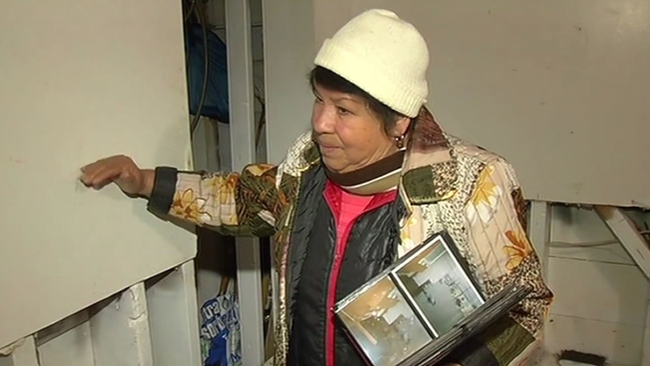 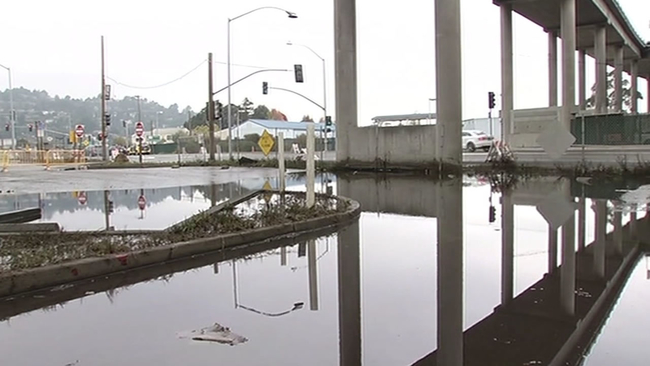