ONLY ON ABC7NEWS.COM: Napa couple demands answers after dog dies at Petco groomers 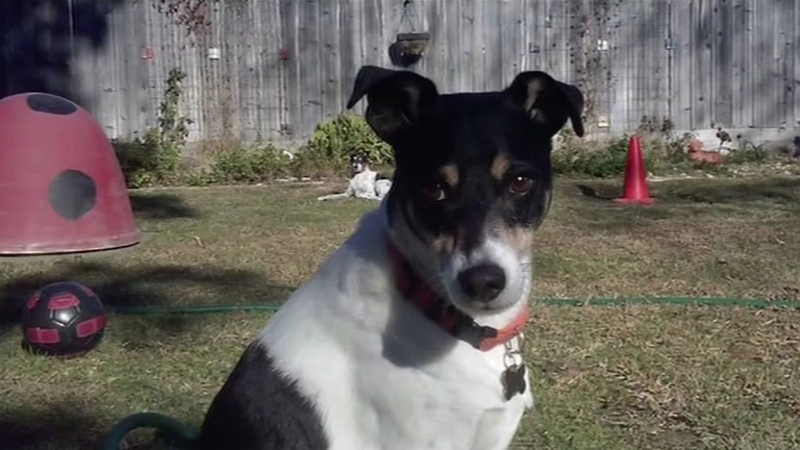 NAPA, Calif. (KGO) -- A Napa family is outraged and demanding answers after their beloved Jack Russell terrier died during a grooming session at a local Petco.

Joe and Cynthia Eaton said they had never had their dog "Skip" and his sister "Lucy" professionally groomed before, but they decided to take advantage of a special promotion at a Napa Petco, a decision they now regret.

The Eastons had Skip and Lucy for 14 years, since they were puppies.

On Dec. 30 the Eatons dropped Skip off at the Petco in Napa to get groomed and got a call less than an hour later.

"The manager basically announced to us that Skip had an incident and had died in their store," Joe Eaton said.

Joe Eaton said a store employee showed him the backroom where Skip was found dead and told Eaton the dog had been left alone by the worker, who was supposed to be watching him, for as long as 15 minutes.

"He said he was attached to a harness, with a harness to a sink, next to the area on the floor. And I asked to see the harness and he showed me a choking restraint leash," Joe Eaton said.

Rob Johnson has been a professional groomer in the Napa Valley for 15 years.

"Every groomer uses a choke harness to restrain a dog, but you can never take your eyes off of them. You can never leave them alone. It would be like leaving an infant in a doctor's office with a rope around its neck," Johnson said.

A Petco spokesperson told ABC7 News: "An independent veterinary examination suggests that he may have suffered a serious cardiac event and confirmed there was no evidence of trauma."

Petco paid for the expenses related to Skip's death, including the necropsy and cremation.

The Eatons say the company has also offered them additional money, which they have declined.

"We need to be able to grieve the death of our dog. We can't because there are all these unsaid answers. We can't even find out how he died," Cynthia Eaton said.

Petco did confirm that Skip was left alone on a "slip lead" for "five minutes," a violation of Petco policy, but the company claims not a contributor to his death.

Click here to learn more about the Eaton's dog Skip.

His name was Skip. He died during a grooming at #Petco. The company says he had heart attack, but owner not so sure. pic.twitter.com/5T3zs0DDHq