KGO
By Amy Hollyfield
SAN FRANCISCO (KGO) -- The discovery of more corrosion inside the Bay Bridge tunnel has Caltrans engineers working to prevent further damage and danger. Caltrans is about to do more tests to ensure the Yerba Buena Island Tunnel is safe, the latest discoveries come after an incident last month when a large chunk of concrete damaged a woman's car.

Driving eastbound through the Bay Bridge tunnel you may see spots where concrete has been removed. That's because Caltrans was worried it would break loose and fall on drivers. 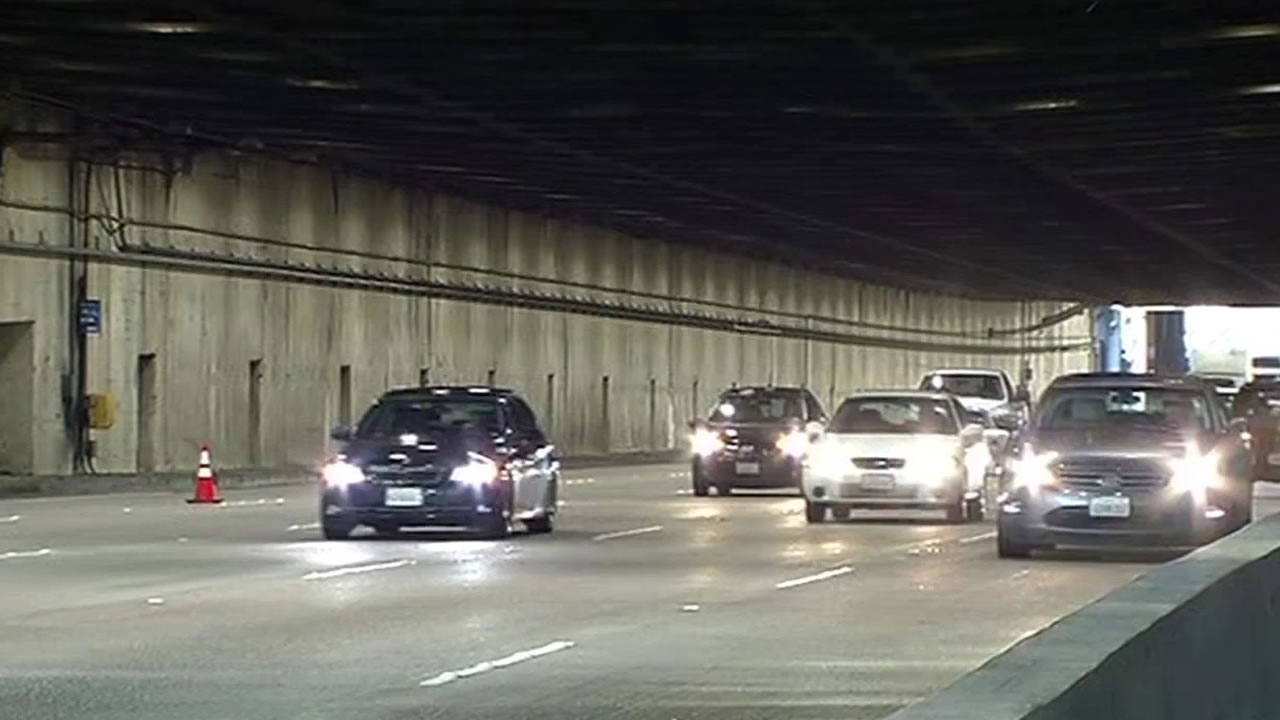 "We removed the unsounded concrete, and it's now exposed. We looked at the rebar that is in there and discovered that there is a little bit of light corrosion on the rebar," said Myeast McCauley, Caltrans spokesperson.

Caltrans tested the tunnel walls after a piece of concrete shook loose and fell on a car last month. The driver was ok, the car was not; the block did $3,000 worth of damage. Officials then decided to examine the entire 80-year-old tunnel.

"One takes a device and knocks a hammer against a concrete wall, and it becomes very apparent when it is hollow and when it is vulnerable to breaking loose. We have done that portion of the test and we also are looking at x-rays of the tunnel," said McCauley.

Officials say they have removed the weak spots and the tunnel is safe, but drivers don't feel so sure.

"It's a dangerous situation and needs to be fixed. We pay enough in taxes and tolls for that not to be happening. So it's really simple for me, there is no excuse for it," said Marnie Moore, Richmond.

"They need to fix that -- they need to get right on it. All of a sudden a week goes by, someone gets killed. What are they going to do then?" said Mike Blackman, Emeryville resident.

Caltrans says this should have Californians thinking about the future.

"What this speaks to in the larger picture is the need for funding and the need for maintenance of this infrastructure that is aging," said McCauley.

Caltrans is going over x-rays with the Federal Highway Administration and discussing next steps and how repairs will be funded.
Related topics:
trafficsan francisco oakland bay bridgecaltranstransportationbay bridgestormweatherrainstorm damage
Copyright © 2020 KGO-TV. All Rights Reserved.
RELATED