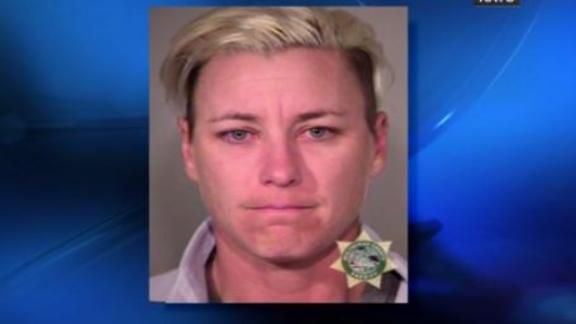 Ben Eder, Wambach's lawyer, entered the plea on her behalf in Multnomah County Circuit Court in Portland, Oregon, and confirmed the judge's order allowing Wambach to travel out of state for work. He did not offer additional comment outside the courtroom. Wambach was not required to appear in court on the charge but did address the plea on Twitter on Tuesday.

In court papers released after Tuesday's arraignment, it was revealed that Wambach admitted to police she tried cocaine and used marijuana 10 years ago, during which time she played for the U.S. women's national team. She reported weekly alcohol use.

Wambach spoke at the University of Kentucky on Tuesday night.She did not specifically address the arrest at the opening of her appearance but did say she was "embarrassed'' for herself, family, friends and fans.

Wambach was arrested Saturday night after she was pulled over for allegedly running a red light, according to Portland police, who said an officer "observed signs that she was under the influence of alcohol."

Wambach was booked into the Multnomah County Jail for "driving under the influence of intoxicants (DUII) -- alcohol" and was later released on her own recognizance. Portland police described her as being "polite" and "cooperative" throughout the investigation.

She announced her retirement in December 2015.

A Portland police spokesman said it is standard for officers to ask about prior drug use. The documents assert that Wambach has never been in treatment for drug or alcohol abuse.

In a statement Sunday, Wambach said she had been at a friend's house for dinner and recognized that she had let herself "and others" down.

Wambach's next court appearance will be April 26. It is unclear if she will be required to attend.

Wambach's arrest didn't seem to matter to a campus audience of about 700 at UK's Memorial Hall, with students and fans forming a line outside about an hour before doors opened. She was cheered and received a standing ovation upon being introduced before conducting a 75-minute discussion with a moderator about her career and life.

Wambach again said afterward that she wasn't allowed to discuss details of her case because it is ongoing. But she added that "I will at some point completely be transparent and the truth will come out. So, trust me on that.'' 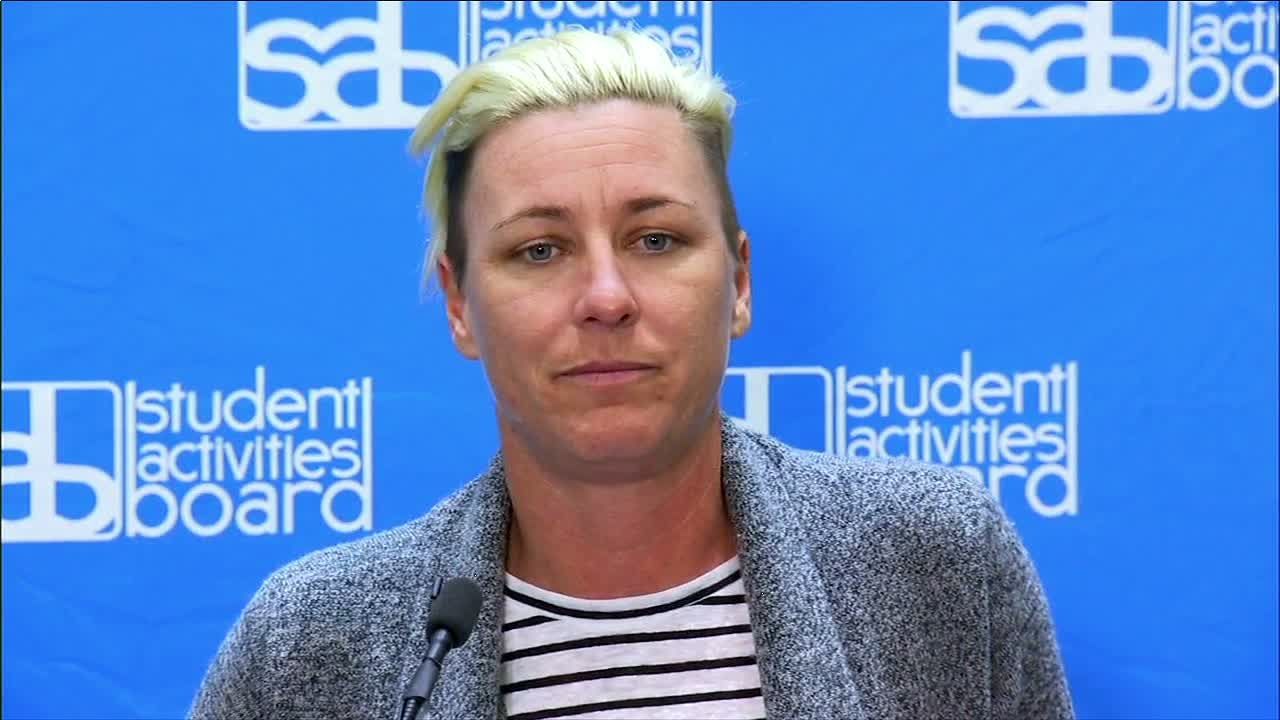 Wambach: 'The truth will come out, trust me on that'
Retired U.S. soccer star Abby Wambach speaks out about her ongoing case regarding her DUI charge.