KGO
By David Louie
SAN FRANCISCO (KGO) -- A plane powered only by the sun is waiting for the wind to die down before taking off from Moffett Field in Mountain View.

Sky7 HD captured the moment on Saturday when the Solar Impulse 2 arrived in the Bay Area after a Trans-Pacific flight from Hawaii.

It's a second generation solar-powered plane. The first generation could fly only 24 hours at a time. Now, better batteries makes ocean hopping possible.

The wings are what you notice most, with the span approximating that of a 747 jumbo jet. The solar collectors are installed on top of them.

The mostly Swiss, 55-member ground team is busy preparing the Solar Impulse 2 for its 10th segment of the around the world voyage to Phoenix.

This is all to prove that a plane can fly without fuel and manage its needs with solar power and batteries. However, explorer and pilot Bertrand Piccard said his mission is also about another kind of energy. "It's about energy for human beings. Become explorers, believe in your dreams, be inspired, leave your certain attitudes and certainties behind, and jump into the unknown. Try what you really love in life," Piccard said.

The aircraft passed over the Golden Gate Bridge and San Francisco Bay Saturday evening on its 62.5 hour flight from Hawaii.

The meteorologists in Monaco at mission control are the ones who determine when the Solar Impulse 2 can take off from Moffett Field, and they're talking now about Friday at dawn.

A stuffed animal is visible in the cockpit, which resembles the chief of the ground crew. "He's like a meerkat with his papers, and he's always like this, watching to see that everything goes well like a meerkat. And the team bought this stuffed meerkat to represent their boss, and he's flying with me," Piccard said.

The Solar Impulse 2 has a long journey ahead across the Atlantic, Europe and then back to the Middle East where the mission started 13 months ago. 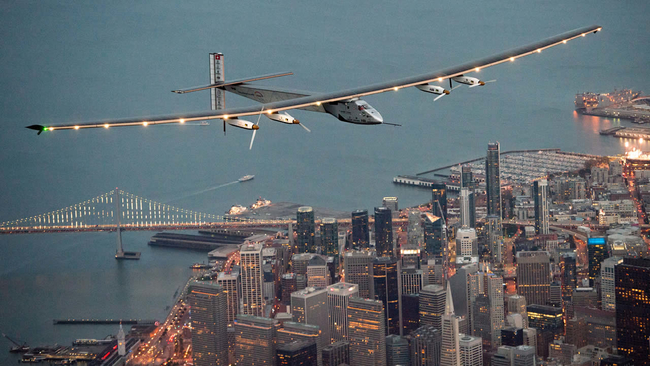 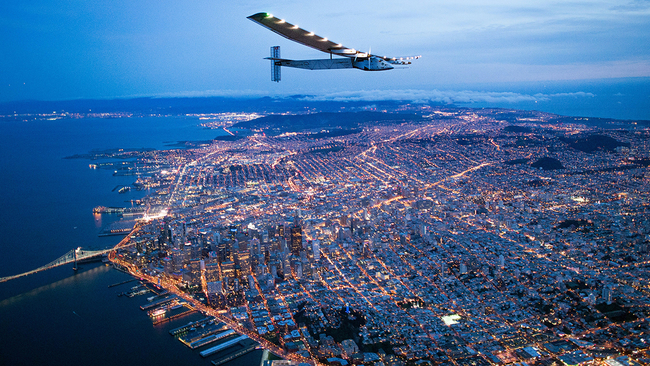