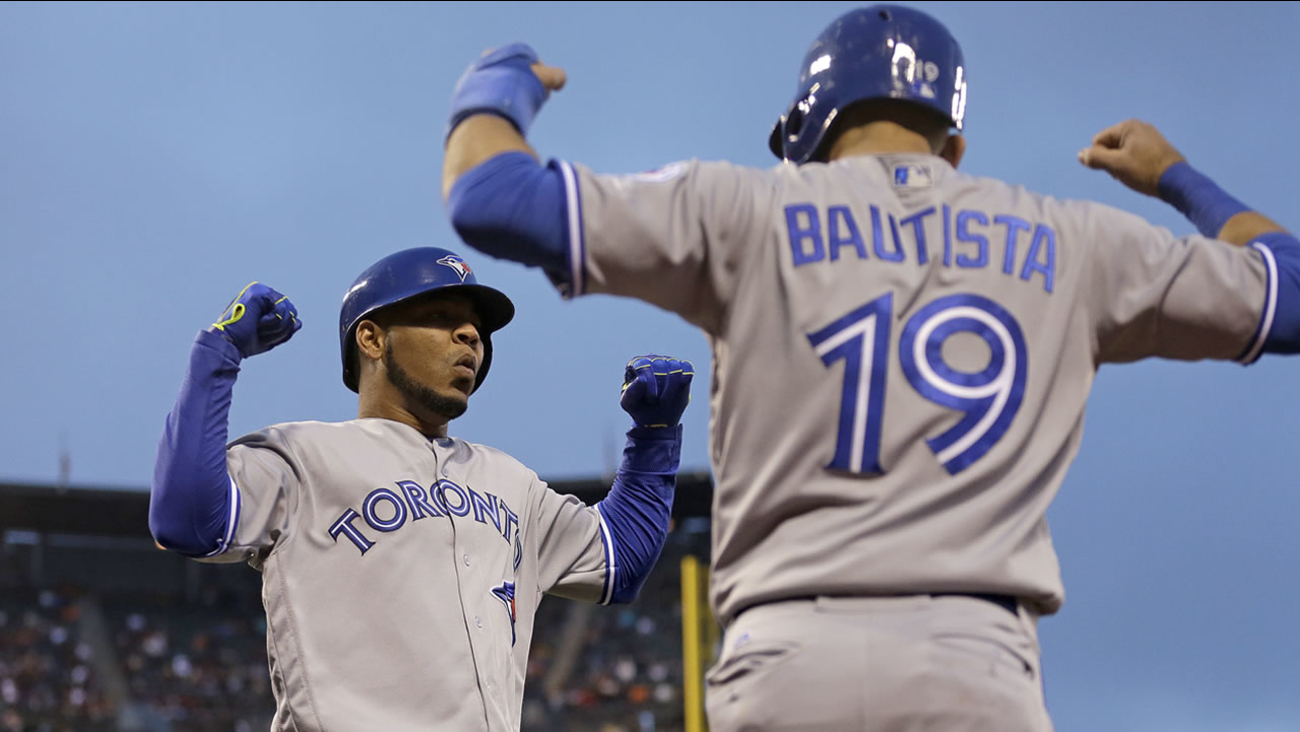 Blue Jays' Edwin Encarnacion celebrates with Jose Bautista after hitting a two run home run off Giants' Jake Peavy during a game on May 9, 2016, in San Francisco. (AP Photo)

Encarnacion connected in the third off Jake Peavy (1-4), who has given up five homers in his last two outings and lost his third straight start.

Toronto had gone back-to-back games without a home run for the third time this season, but Encarnacion's deep third-inning drive into the left-field bleachers kept the Blue Jays from doing so in three straight for the first time since Sept. 26-28, 2014.

Sanchez (3-1) allowed one run and three hits and walked one in a strong 105-pitch performance.

In the sixth, Blue Jays left fielder Michael Saunders tried to chase down Brandon Crawford's foul popup, stumbled over the bullpen mound and the ball ricocheted off his head as he slid on his knees toward the rolled-up tarp. He stayed in the game.

Encarnacion's sixth home run of the season moved him into a tie with Joe Carter for fourth place on the club's all-time list with 203.

Gavin Floyd pitched a perfect eighth and Roberto Osuna allowed Crawford's leadoff double before finishing for his seventh save. Toronto improved to 3-6 in San Francisco in the club's first visit to the Giants' waterfront ballpark since a pair of games in June 2013. The Blue Jays won for the seventh time in the last nine meetings with the Giants after a seven-game skid.

Peavy walked two of his five batters in the first inning while giving up a pair of singles, putting himself in an immediate jam. He allowed Saunders' RBI single but got out of the inning without further damage.

Peavy gave up three runs on five hits and struck out six in five innings.