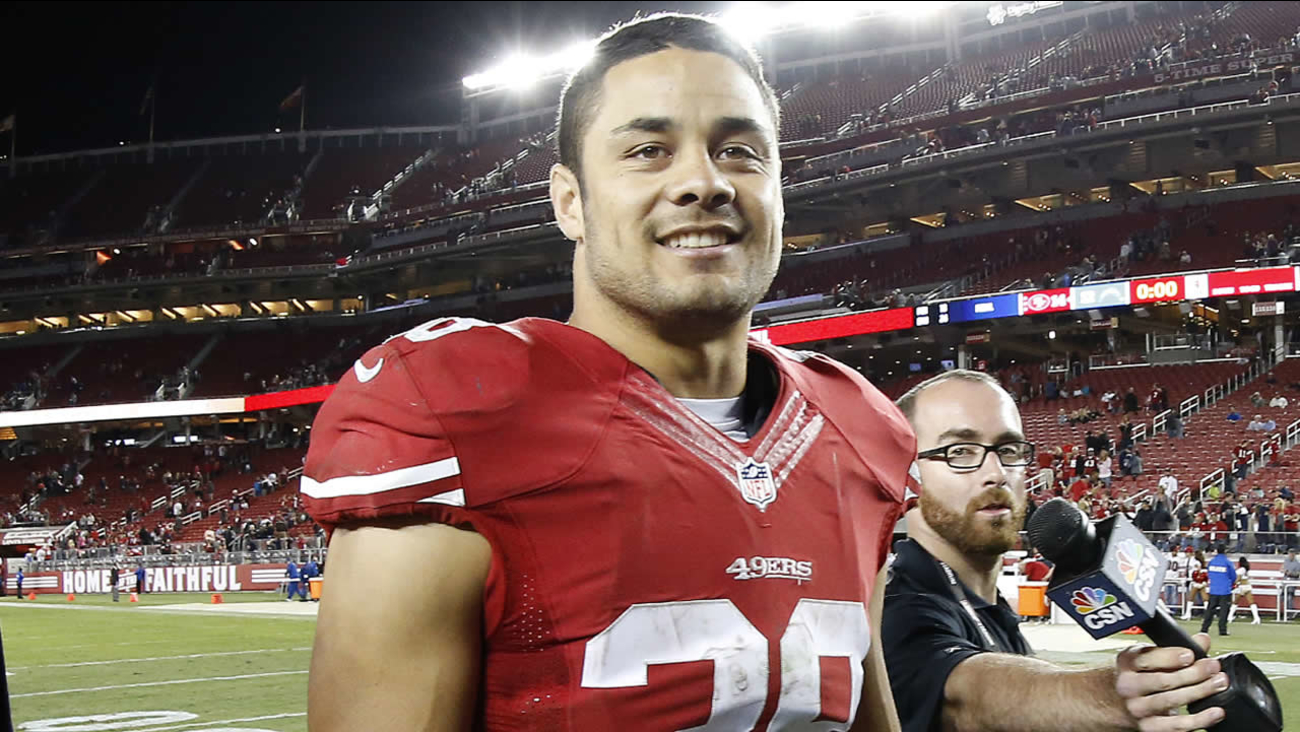 SAN FRANCISCO (KGO) -- The San Francisco 49ers have announced that running back Jarryd Hayne is retiring from the NFL.

In a statement to the team, Hayne wrote, "I am retiring from the NFL because the Fiji Rugby Sevens team reached out to me about the opportunity to join the team for the upcoming Olympics, and I simply could not pass that chance up. The Olympics has been something I have admired since I was a little boy, and it is an opportunity I feel very similar to me joining the NFL."

"We would like to thank Jarryd for his contributions to the San Francisco 49ers organization and our community over the last year," said 49ers general manager Trent Baalke. "Jarryd is a tremendous example of what can happen when you commit to a goal and do everything in your power to make it a reality. He earned the right to wear a 49ers uniform and compete alongside the best in the game. We fully support Jarryd's decision to pursue another dream - representing the Fiji Rugby Sevens team in this summer's Olympic games. We look forward to watching him in Rio and wish him continued success."

"I'd like to thank Jed and the entire York family for giving me the opportunity to fulfill my dream of playing in the National Football League. I also want to thank Trent and his staff, as well as Jim Tomsula, Tom Rathman and the other coaches who invested in me to make this dream a reality. I'd also like to thank Coach Kelly for the opportunity to come back this year. The support and understanding from the 49ers organization was unbelievable when I let them know about my decision to pursue another dream. The past 12 months with the San Francisco 49ers have been absolutely incredible. I could not have predicted how far I have come as an NFL player. To not only be able to play in a game but also say that I started a game in the NFL is something that I will remember for a lifetime.

Hayne, who originally signed with the 49ers as an undrafted free agent on March 3, 2015, appeared in eight games last season and registered 17 carries for 52 yards along with six receptions for 27 yards. He also returned eight punts for 76 yards on special teams.

The 28-year-old native of Minto, a suburb of Sydney, Australia, spent the previous nine years (2006-14) in the National Rugby League with the Parramatta Eels.

In 2014, Hayne won numerous Dally M Awards, which are given to the best and fairest player over the entire National Rugby League regular season, as he was named the Player of the Year, Best Fullback, Top Tryscorer and Representative Player.