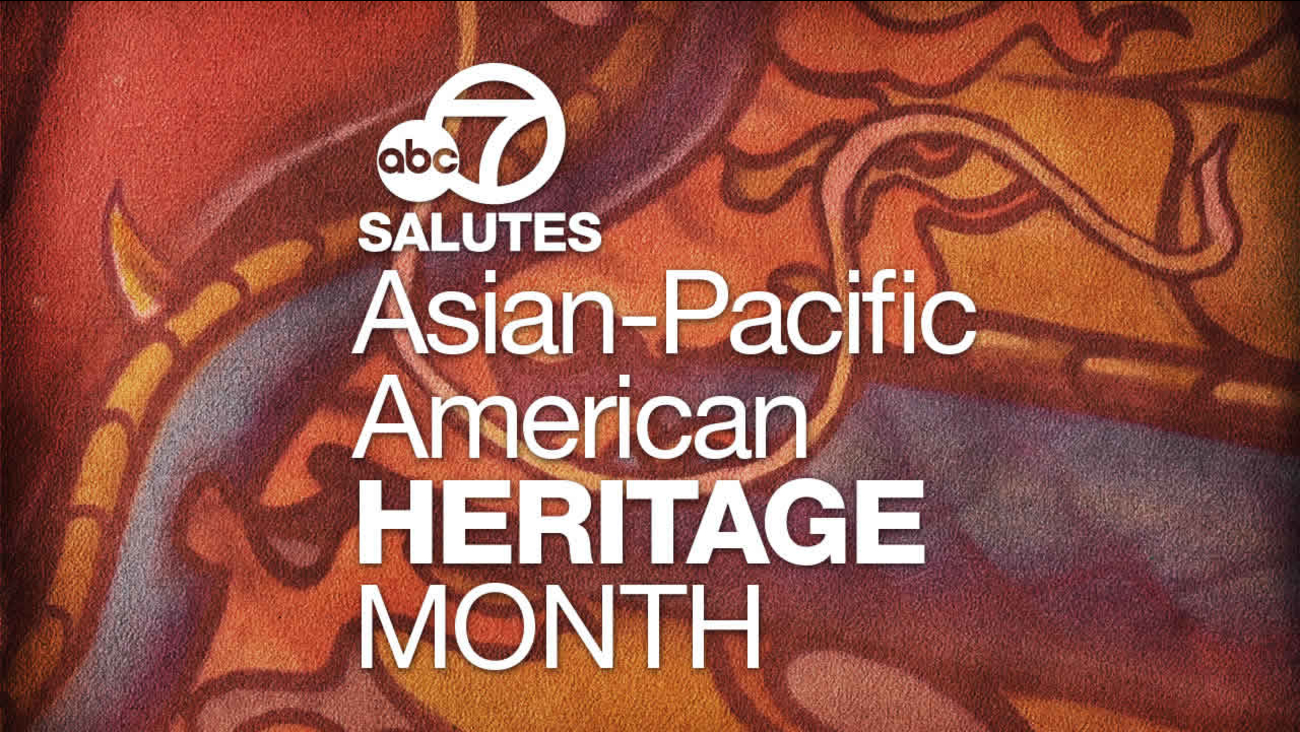 
5/31/16: Eddie Huang
Are you watching ABC's hit show "Fresh Off The Boat"? The show was inspired by the book of the same name, written by celebrity chef, Eddie Huang, about his own life! You now have a chance to meet Eddie in person at a book talk for his new memoir, "Double Cup Love: On the Trail of Family, Food, and Broken Hearts in China." The event is Jun 7th at the Oakland Asian Cultural Center. His new book follows him on a quest to his ancestral homeland to find out how his food rates in China. Image courtesy of Emerson Jaco.


5/30/16: Mia Nakano
Mia Nakano uses her creative eye to impact our local communities and communities around the world. She is the founding photo-editor of Hyphen Magazine, a freelance photographer, videographer, and web designer based out of Oakland. She is a seasoned self-taught artist, educator, and lecturer advocating strategic and mindful use of visual arts to create social change. She serves as the director of the Visibility Project, a national photo and video archive dedicated to the Queer Asian American Women and Trans* community. She is also a board member of Banteay Srei and the Queer Cultural Center. Mia is a proud 4th generation Japanese American, queer woman of color, daughter of a single mother, and sister of a deaf adult. And she inspires us!


5/29/16: San Francisco Chinatown Gate
Arguably one of the most photographed sites in San Francisco is the Gateway Arch, also known as the "Dragon Gate," on Grant Avenue at Bush Street. It marks the entry to Chinatown and was dedicated on October 18, 1970. The gate was designed by Chinese-American architect Clayton Lee, whose design won a contest in the late 1960s. The design is based on the ceremonial gates found in Chinese villages, called paifang. The impressive gate is adorned with sculptures of fish and dragons and is flanked by two large lion statues or fou lions, which are meant to thwart evil-spirits. The gate has three passageways - the large, central one is traditionally meant for dignitaries while the two smaller passageways are meant for the common people. A wooden plaque hangs from the central archway, offering a quote from the "Father of Modern China," the revered revolutionary leader (and one-time Chinatown resident) Dr. Sun Yat Sen: "All under heaven is for the good of the people."

5/28/16: Arezoo Riahi
Arezoo Riahi currently serves as Director of Techwomen in San Francisco, an initiative of the U.S. State Department that brings together emerging women leaders in science, technology, engineering, and mathematics (STEM) from across the globe. Arezoo's work emphasizes women's leadership and harnesses the power of technology to promote social empowerment and positive change. From computer science through STEM camps in Lebanon to epidemiological studies on the Ebola virus, the initiative inspires young girls to focus on a variety of industries. She manages various outreach and scholarship opportunities with the hope that she and Techwomen can drive excitement to young women in their communities about becoming leaders of tomorrow!

5/27/16: Dr. Kimberly Chang
Dr. Kimberly Chang is an activist family doctor who has been the leading the way for policy change to prevent human trafficking and provide better health care for young Asian girls who have been victims of sex trafficking. Based at Asian Health Services in Oakland, Dr. Chang is on the forefront of building the capacity of community health centers to care for patients who are at-risk or are being trafficked. She even co-founded HEAL Trafficking, an organization acronym that stands for "Heal, Education, Advocacy, & Linkage" to help end human trafficking and support its survivors.

5/26/16: CC Yin(APAPA)
C.C. Yin is the founder of APAPA (Asian Pacific Islander American Public Affairs), which works to promote increased civic and community involvement in the API community. Mr. Yin has remained the Board Chair since APAPA's inception in 2001, and is an established entrepreneur with a heart for serving the community. He and his wife own 20 McDonald's in Solano and Yolo Counties, having been one of the first Chinese-Americans to apply for a McDonald's franchise license. For the past 20 years, he has been actively involved in a variety of community organization such as the Vacaville Rotary Club, his local NAACP Chapter, and local schools as well as educational programs! He also currently serves as president of the Vacaville Chamber of Commerce, and co-founded the Solano County Chinese-American Association. Keep up the great work, Mr. Yin! Photo courtesy of APAPA.


5/25/16: Brenda Wong-Aoki & Mark Izu
In celebration of Asian Pacific American Heritage Month, we congratulate Brenda Wong Aoki and Mark Izu on the recent run of their latest stage-work, "Uncle Gunjiro's Girlfriend: A True Story of Forbidden Love." The riveting performance details the forbidden love between Brenda's Grand-Uncle and his interracial romance that triggered yellow peril headlines (like the one pictured here) and public outrage. Their love story endured and their descendants contribute to the rich diversity of our communities. Brenda herself has actually been identified as the first nationally recognized APA storyteller in the US! And her partner Mark Izu is renowned as a founding father of Asian jazz! Bravo!!

5/24/16: Viet Thanh Nguyen
Read any good books lately? Let us suggest the 2016 Pulitzer Prize winner for Fiction - The Sympathizer, written by Viet Thanh Nguyen! The book is a post-Vietnam War debut novel that explores betrayal, deception, and identity. Viet was born in Vietnam, raised in San Jose, and graduated from UC Berkeley with degrees in English and ethnic studies, and a Ph.D in English. He is now a professor at the University of Southern California. Viet is also the co-director of the Diasporic Vietnamese Artists Network (DVAN), which stages film festivals, youth workshops, and literary festivals that all celebrate the voices of the Vietnamese. Congratulations to Viet Thanh Nguyen! Headshot photo courtesy of BeBe Jacobs.

5/23/16: Parangal
Today is the 8th Anniversary of the founding of the Parangal Dance Company! They strive to honor Philippine heritage by preserving and promoting ethnic attire, music and dance through research, workshops and performances. With upcoming performances at the San Francisco Ethnic Dance Festival (June 4-5), Parangal will present several new works highlighting the beautiful Mountain Dances from the northern Philippine islands for the first time. Jenny Bawer Young (pictured in the yellow Kalinga female top) is the culture bearer from the regional dances of Lubuagan, Kalinga. Amparo Mabanag and Margareth Balansi are culture bearers for dances of Ga'dang from Paracelis, Mountain Province. Don't miss this inspiring work! Photo courtesy of This is it Photography.

5/22/16: AACI's Future Roots Festival
Join the fun at the Future Roots Festival next Saturday, May 28, in Plaza de Cesar Chavez in San Jose! The all-day outdoor festival celebrates Asian Pacific American Heritage Month and returns for the fourth year, co-hosted by Asian Americans for Community Involvement and San Jose City Councilman Ash Kalra. The festival features entertaining performances by AAPI artists, including traditional and contemporary dance and music, unique vendor booths and some of the best food trucks the Bay Area has to offer! Bring the whole family to the free event, which goes from 12 p.m. to 6 p.m. Photo courtesy of AACI.


5/20/16: Asian Art Museum
Learn how to make this beautiful mother-of-pearl laquerware this weekend with a hands-on art demo featuring contemporary artist Kwangwoo Bae at the Asian Art Museum! Mixing old-school Goryeo dynasty techniques into his process, Bae is one of the few contemporary Korean artists who bases his work in traditional practices. This artist demonstration is in conjunction with the special exhibition Mother-of-Pearl Lacquerware from Korea, on view in the Tateuchi Gallery through October. Stop by this Saturday at 1 p.m. and create your own keepsake! Find out more details here. Photo courtesy of the Asian Art Museum.

5/19/16: WWII Internment of Japanese American kids
The historic imprisonment of Japanese Americans during World War II by the U.S. government impacted thousands of Bay Area residents. Of the 110,000 Japanese Americans detained, 30,000 were children! Most were school-age children (like the ones pictured here saying the Pledge of Allegiance in front of a San Francisco elementary school in April 1942 prior to internment), so educational facilities were set up in the camps. Allowing them to continue their education, however, did not erase the potential for traumatic experiences during their overall time in the camps. Educational supplies were limited and class sizes were immense, for the time. The student to teacher ratio in the camps was 48 to 1 in elementary schools and 35 to 1 for secondary schools, compared to the national average of the time of 28 to 1. Photos courtesy of Library of Congress.

5/18/16: Chinese Telephone Exchange
Did you know that San Francisco's Chinatown developed its own "Chinese Telephone Exchange" in 1901? At that time, the manager, Mr. Loo Kum Shu, only employed male operators (as pictured here). But women became the primary phone operators in 1906. An article from the San Francisco Examiner that year claims that women were preferred over men because of their "good tempers." All of the operators had to remember the names every Chinatown resident, as well as their places of residence, and they were required to know all of the languages and dialects spoken by Chinatown residents! Operators typically handled more than 13,000 calls each day. Photo courtesy of Library of Congress.

5/17/16: Shirley Avilla - Aloha Fest
Mark your calendar for August 6 and 7 - it's your chance to meet the amazing Shirley Avilla at the San Francisco Bay Area's Aloha Festival, which is Northern California's oldest Polynesian festival. Shirley is a founding member of the Pacific Islanders' Cultural Association (PICA), which coordinates the annual festival. PICA also awards college grants to assist students with their educational goals, and to date, has awarded over $69,000 in scholarship grants. She's also a founding member of Ke Kai O'Uhane Outrigger Canoe Club of Monterey County and has served on the Board of Directors of the Northern California Outrigger Canoe Association. Shirley has been dancing hula for more than 30 years, and is a retiree from the Salinas and Spreckels School Districts, after 20 years of service. She's such an inspiration! Don't miss the fun at Aloha Fest, August 6 and 7 at the San Mateo County Event Center. Photo courtesy of the Aloha Festival. 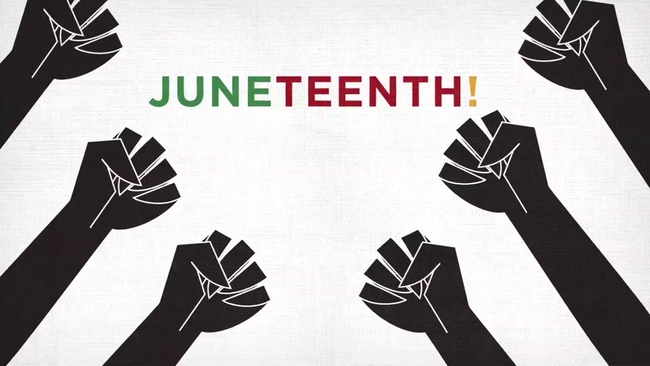