KGO
SAN FRANCISCO (KGO) -- This week ABC7 News is joining a Bay Area wide media campaign to put the spotlight on homelessness in San Francisco and look for possible solutions.

ABC7 News reporter Carolyn Tyler visited Seattle, Washington where there is about 3,000 homeless people living on the streets. Seattle has a controversial approach to chronic alcoholics that some say could work in San Francisco.

A building at 1811 Eastlake looks like any other apartment building in Seattle, but there you'll find a program that's gained international attention and it's commonly called a wet house. "This is a little white wine, I'm going to down it right now and get it out of your face," one man said.

The building opened in 2005, designed specifically for chronic alcoholics who were living on the streets.

The county made a list of Seattle's heaviest users of medical services, sobering centers and jails.

The top 75 moved in to individual apartments, like one place Lovella Black Bear calls home. "You can drink in this building, but you can drink safely and that is a good thing," she said.


She and the others have counseling, treatment and other services available on site, but they don't have to attend.

Leading critics label this type of housing bunks for drunks. "We can take that kind of approach, that moralistic approach of saying that if you're going to get government support, you're going to have to agree to these particular terms of the whole thing, and the result would be, that we would not be succeeding with these people. They would still be out there," Downtown Emergency Services Center Director Daniel Malone said.

Malone says many critics changed their tune after research published in 2009.

In the journal of the American Medical Association, it found this wet house was actually saving tax payer dollars. "The average tenant in the program was racking up about $80,000 worth of these public systems costs in the year before moving in and the year after moving in it was about cut in half," Malone said.

It's also improving lives. The tenants buy the booze with their welfare checks, disability benefits or other income, and even though they have a steady supply of alcohol, the research showed people like John Knudsen often reduced their drinking. "I don't drink near as much as I used too and as a matter of fact, I'm in recovery at this point as we speak.," Knudsen said.

Bevan Dufty, former director of San Francisco's homeless programs took San Francisco Mayor Ed Lee and other officials on a tour of the Seattle project a few years ago.

Dufty believes a wet house in San Francisco would have a measurable impact. "I think if you opened 75 to 100 units of wet housing, I think people in the city would feel a difference, see a difference," he said.

But he wants to make sure what's apparently working in Seattle, is a good fit for San Francisco.

Click here to learn more about the SF Homeless Project.

A "Wet House" in Seattle allows homeless alcoholics a place to stay and keep drinking. Could it work here? pic.twitter.com/Jrt3telqFh

SF Mayor announces 2nd Navigation Ctr. for homeless. Designed as springboard to get off the street. pic.twitter.com/DTwybpCqM5 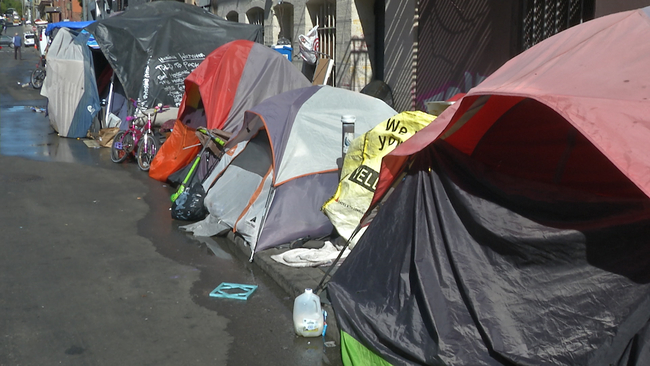