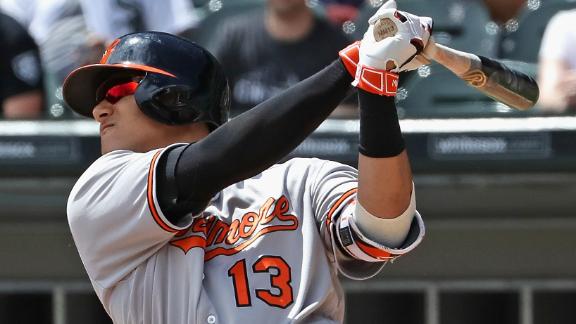 Machado has seven RBI to help the Orioles build a 10-0 lead on Sunday.

Machado hit a two-run homer in the first and a three-run shot in the second off White Sox right-hander James Shields, who allowed four home runs in 1 1/3 innings. Machado connected again for a two-run homer off reliever Matt Albers in the third.

All three homers were pulled to left field and gave him 25 on the season.

Machado hit into a double-play in his fourth at-bat of the game.