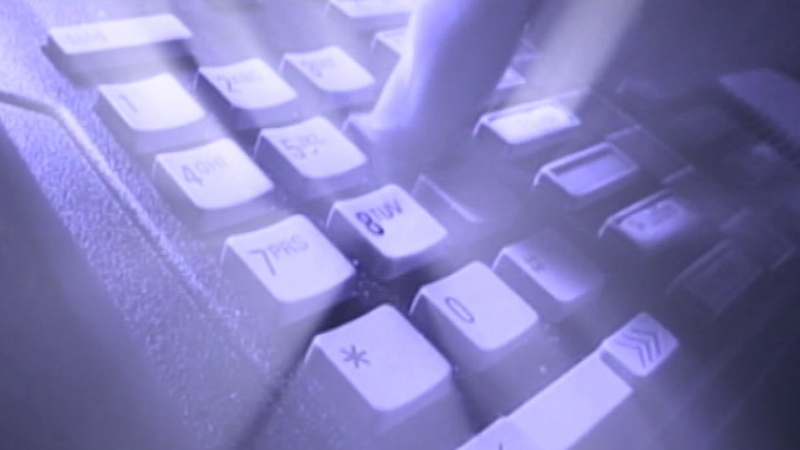 SAN FRANCISCO (KGO) -- For the first time, the federal government is partnering with the biggest tech, cable and telecom companies to battle a common enemy: robocalls.

Robocalls were once confined to landlines.

"We just got a lot of calls we have to hang up on or say we're not interested so we only use our cell phone and we did away with our home phone," explained Alice Zhang of Palo Alto.

But now the intrusive calls are popping up on cell phones, too. It's against the law to call consumers with a commercial message if they're on the do not call list established back in 2003.

"I think the laws are largely irrelevant if there are ways to break it with impunity and not get caught. So, the only way to get at this problem is to use technology that can either block these calls or authenticate who is actually making them so that the law can actually be enforced," suggests Larry Magid, a technology analyst.

That's why the FCC has formed a new Robocall Strike Force, a high level task force partnering with the brainpower of big companies, including Apple, Google, Microsoft, Verizon and AT&T.

This strike force will meet in October to come up with ways to use technology to thwart the scam artists and telemarketers who are spoofing their way into getting us to answer calls often made from foreign countries using free voice over internet.

RELATED: 7 on your side: Consumer Reports on how to spot credit card skimmers

"It's extremely annoying. It's my private time at home and I don't like to be interrupted," said Gerry Williams of Modesto.

Robocalls are not just a nuisance. They rip off millions of dollars from consumers. And now, for the first time, the government and private industry are working on a way to make consumers robocall-proof.
Related topics:
technologysan franciscolegislationtechnologyapplebusinessat&tverizongooglethe white housegovernmentcellphoneregulationsmicrosoftsmartphones
Copyright © 2021 KGO-TV. All Rights Reserved.
TOP STORIES
53 cases of new R.1 COVID variant detected in CA
Wiggins says he will stick to beliefs regarding vaccine
EXCLUSIVE: SJ man warns others after being harassed over dinosaur flag
Breakdown of vaccine requirements for SF, Oakland city employees
LIVE: Track temps, air quality around SF Bay Area
California to replace the word 'alien' from its laws
Steve Kerr reveals how his name made it in hit show 'Ted Lasso'
Show More
R. Kelly found guilty on all counts in sex trafficking trial in NYC
Pfizer to ask for approval of COVID vaccine for kids in matter of days
COVID vaccine boosters now available in Bay Area
CA to mail every voter a ballot in future elections
SF-based tech entrepreneur to go to space with Blue Origin
More TOP STORIES News