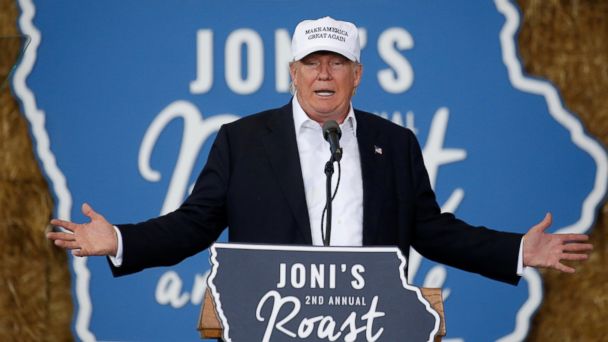 Donald Trump tweeted tonight that he will be making a speech on illegal immigration on Wednesday in Arizona.

The announcement comes after a week in which his language has sometimes shifted on illegal immigration, leading members of Trump's campaign to come out trying to explain his stand, and Trump himself blaming the media for suggesting he's softening his hardline approach on the subject.

At Iowa Sen. Joni Ernst's Roast and Ride event Saturday in Des Moines, Trump said his focus will be on deporting criminals, not the 11 million people who are in the United States illegally.

"On Day One, I am going to begin swiftly removing criminal illegal immigrants from this country," he said.

New Jersey Gov. Chris Christie insisted during an interview on "This Week" that there has been no flip-flop in Trump's stance on illegal immigration.

"This is a guy who's been very consistent on no amnesty, no legalization, for folks who have been coming to the country illegally," he said.