At least 29 hurt in apparent explosion in Manhattan

WABC
NEW YORK CITY -- An explosion in a crowded Chelsea neighborhood in Manhattan on Saturday night left more than 25 people injured, and authorities called the blast an "intentional act," but said there was no terrorist connection.

New York Mayor Bill de Blasio also said a second site was being investigated at 27th Street after a device was found there.

"Tonight, New York City experienced a very bad incident," de Blasio said at a news conference near the scene. "We have no credible and specific threat at this moment. "

The NYPD removed a second device that they found on 27th Street. Sources say that device was a pressure cooker with cellphone and wires attached found in a plastic bag - they have not yet determined whether the second device was truly explosive or not.

Officials in New York provide an update after an explosion in Chelsea.

De Blasio said the blast was "an intentional act" and tried to calm any fears among nervous New Yorkers, saying the explosion had no terrorist connection and wasn't related to a pipe bomb explosion earlier Saturday in New Jersey at a charity run.

A law enforcement official told The Associated Press that the explosion appears to have come from a construction toolbox in front of a building. The official spoke on condition of anonymity because the person wasn't authorized to speak about an ongoing investigation.

The blast happened on West 23rd street, front of a residence for the blind, near a major thoroughfare with many restaurants. Witnesses say the explosion at about 8:30 p.m. blew out the windows of businesses in the area.

No detail about the extent of damage was immediately available. A number of New York City subway routes have been affected by the incident.

Chris Gonzalez, visiting from Dallas, was having dinner with friends at a restaurant in the area.

"We felt it, we heard it, the restaurant went real quiet, the 26-year-old Gonzalez said. "It wasn't like jolting or anything, everyone just went quiet."

Rudy Alcide, a bouncer at Vanity Nightclub at 21st Street and 6th Avenue, said he, at first, thought something large had fallen.

"It was an extremely loud noise, everything was shaking, the windows were shaking, it was crazy," he said. "It was extremely loud, almost like thunder, but louder."

Witnesses say FBI and Homeland Security officials, along with the ATF arson and explosive task force are also at the scene.

A law enforcement official told The Associated Press that the FBI's joint terrorism task force was responding and that investigators did not believe the incident was due to a gas leak. The official was not authorized to discuss an ongoing investigation and requested anonymity.

At least 25 people are injured after a possible explosion in #NYC. (Credit @raystrazdas) https://t.co/5cfFbnWOVk pic.twitter.com/AivMVf2G8z

The White House said President Barack Obama has been apprised of the explosion in New York City and will be updated as additional information becomes available.

In St. Cloud, Minnesota, police said multiple people were injured at a shopping mall Saturday evening in an attack that possibly involved both a shooting and stabbing. The suspect was believed to be dead.

Hillary Clinton says she has been briefed "about the bombings in New York and New Jersey and the attack in Minnesota."

She says the nation needs to support its first responders and "pray for the victims."

"We have to let this investigation unfold," she said.
The reports of a possible blast comes hours after a pipe bomb exploded in Seaside Park, New Jersey, shortly before thousands of runners participated in a charity 5K race to benefit Marines and sailors.

Police looking into silver minivan on 27th between 6 & 7th Ave. Keeping everyone back. pic.twitter.com/LFbbh2aJfT 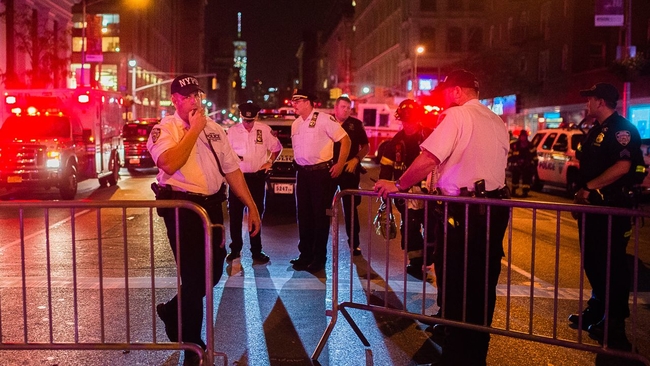 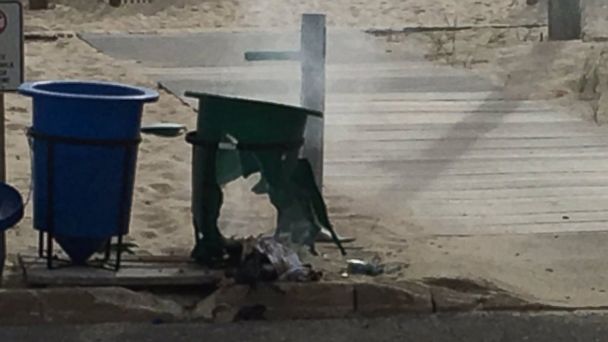