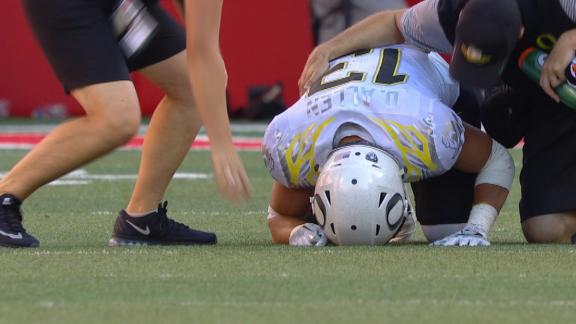 Allen, who finished fifth in the 110-meter hurdles at the Rio Olympics, was injured covering a punt in the fourth quarter of the Ducks' 35-32 loss to the Cornhuskers.

A source said Allen's knee injury was a torn ACL.

In addition, Oregon said Monday that starting left tackleTyrell Crosbywill miss the rest of the season with an injured left foot.

Allen had returned to Eugene several practices into fall camp to compete with the football team. He already had been a key part of the Ducks' receiver depth this season, catching four passes for 141 yards and one touchdown. His top-end speed had given the Oregon offense an opportunity to lengthen the field in the passing game.

The season-ending injury is the second of Allen's football career. He suffered a torn ACL in the Ducks' 59-20 win over Florida State in the 2014 Rose Bowl. He rehabbed that injury to return for the 2016 Oregon track season, which led into his Olympic bid.

Information from ESPN's Chantel Jennings was used in this report. 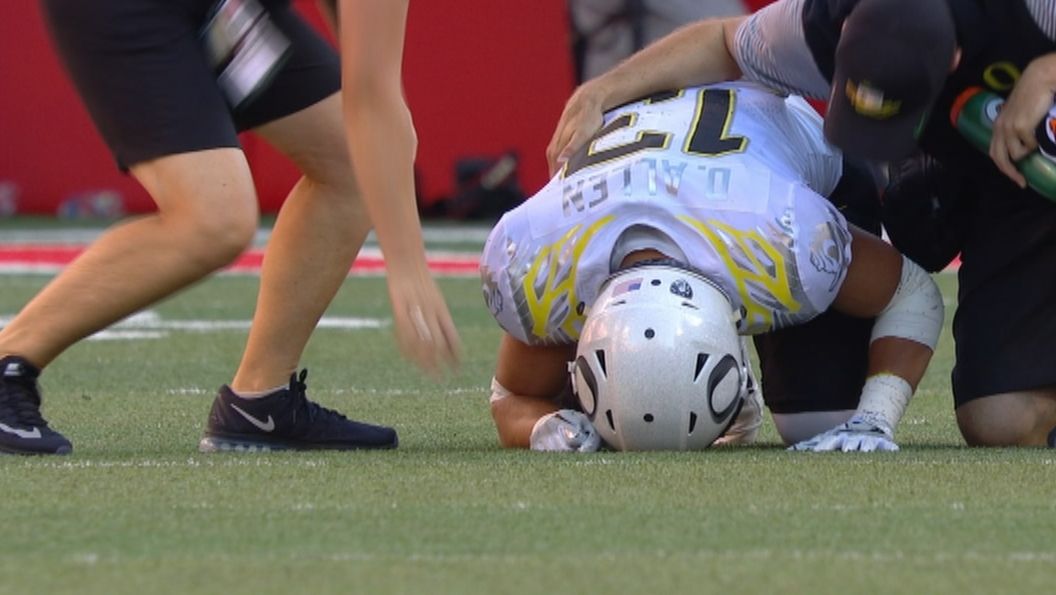