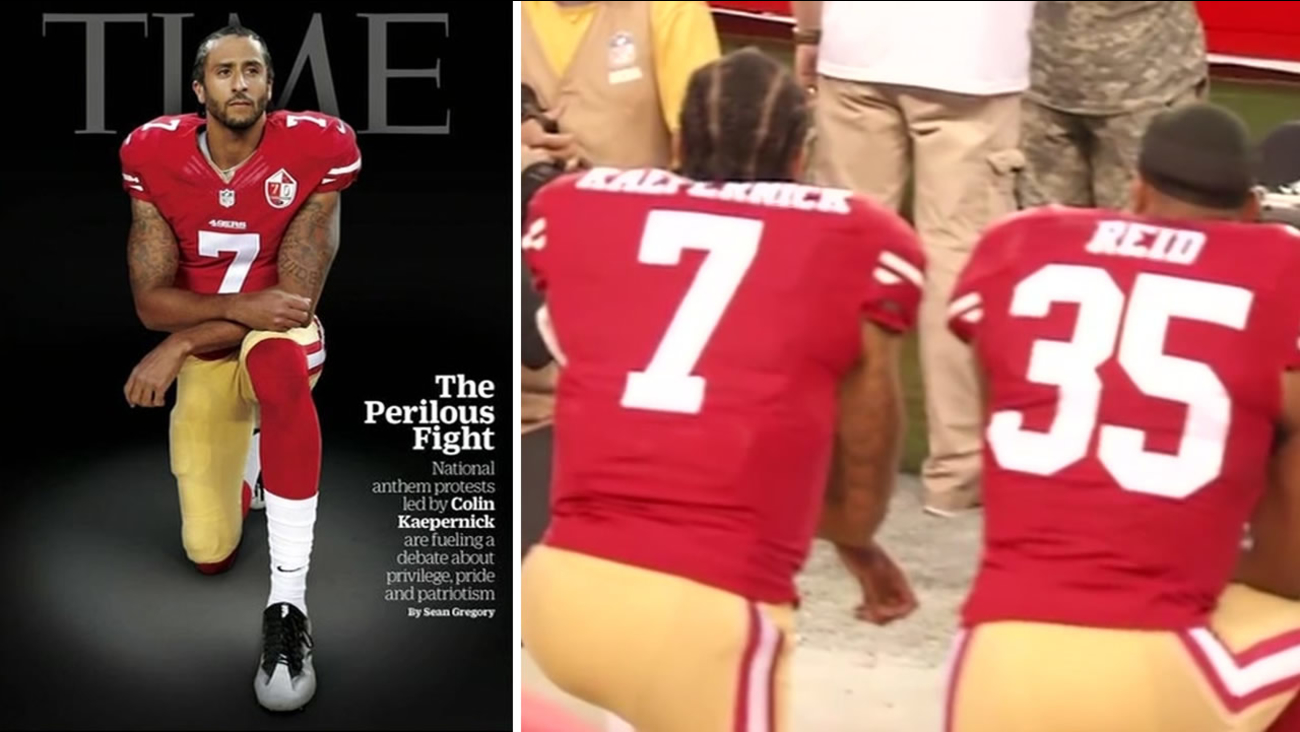 49ers quarterback Colin Kaepernick will appear on the cover of TIME Magazine on October 3, 2016. (KGO-TV)

SAN FRANCISCO (KGO) -- The tense times in Charlotte come as scrutiny of police brutality and racial equality across our country may be at an all-time high. San Francisco 49ers quarterback Colin Kaepernick has been closely following the events in Charlotte and retweeted several first-hand accounts of the protests there on Wednesday night.