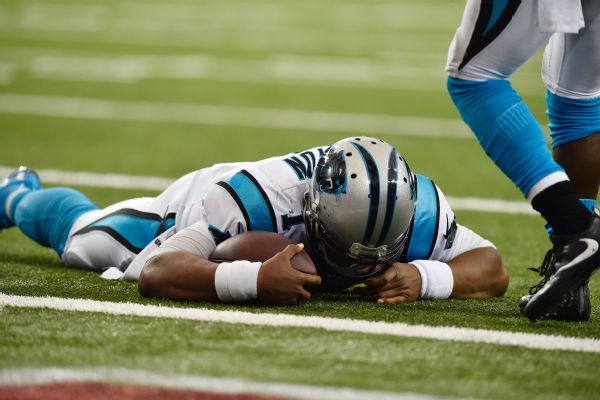 CHARLOTTE, N.C. -- The Carolina Panthers aren't clear at this point whether Cam Newton will be cleared from the concussion protocol in time for next Monday night's game against the Tampa Bay Buccaneers.

Newton suffered the concussion when he took a legal helmet-to-helmet hit from Falcons linebacker Deion Jones during a two-point conversion run in Sunday's 48-33 loss to Atlanta.

Players typically aren't cleared from the protocol for at least six to seven days because of the amount of testing they have to go through. Having an extra day between games gives Newton a chance if the concussion isn't major.

If the reigning NFL MVP is not cleared, the Panthers (1-3) will start Derek Anderson, who was 2-0 against the Buccaneers in 2014 when Newton missed two starts.

"I have no idea," Panthers coach Ron Rivera said Monday when asked whether he'll prepare for Tampa Bay as though Newton won't play. "It really is tough to answer the question. It's hard. I don't want to say something that would go against what the trainers are saying, or the doctors for that matter."

Carolina offensive coordinator Mike Shula said he would begin forming his game plan for Tampa Bay as though Newton is starting and then adjust for Andersonwhen told otherwise.

"The great thing about it is it's easy because of a guy like Derek," Shula said. "[Sunday] was a great example. He's had zero reps as soon as training camp was over. Look how he came in and played."

Newton met with doctors Monday morning and was at Bank of America Stadium by the afternoon, but at the time of his news conferenceRivera hadn't spoken to Newton since Sunday after the game.

Rivera would not speculate on whether Newton could have avoided the hit. Jones said it appeared Newton let up as he approached the goal line, so he tried to make a play.

Rivera, a former linebacker with the Chicago Bears, didn't blame Jones for that.

"As a defensive player, you see the guy coming to the goal line, if in your estimation he hasn't crossed it, you're going to pull the trigger," Rivera said. "I think that's what the young man did."

The helmet-to-helmet hit came after Newton took several in the opener at Denver. He was not taken out against the Broncos and did not go into the protocol after those hits but was tested after the game.

The league and NFLPA launched an investigation after the game to determine whether Newton should have been removed after the final helmet-to-helmet hit that left him facedown on the ground.

Asked whether Newton is taking too many hits, Rivera said his quarterback was the "one that can answer the question." He said the two-point conversion was a pass play and that Newton had decided to run.

"That's who he is," he said. "He's not going to go quietly. He's going to fight and scratch and claw, and because of it he gets exposed. There are some that I most certainly wish he'd be careful of even more so." 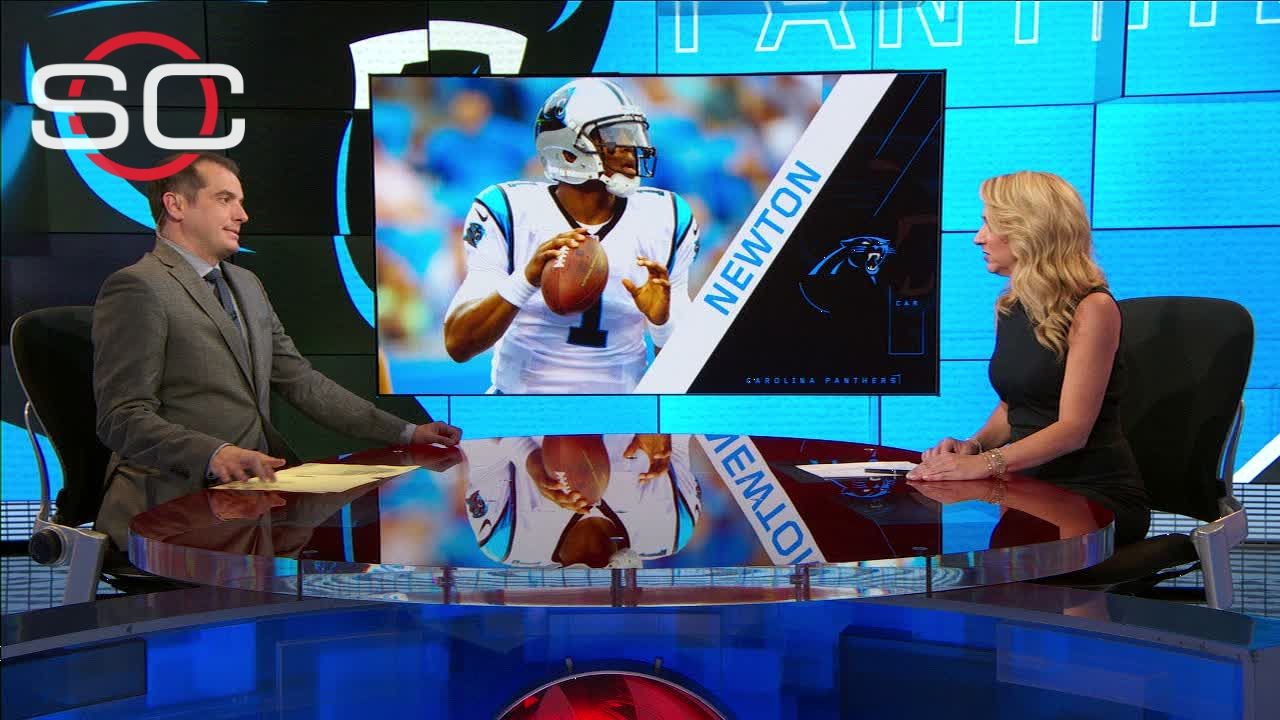