Trump Dismisses Michelle Obama's Barbs as Part of 'the Game' 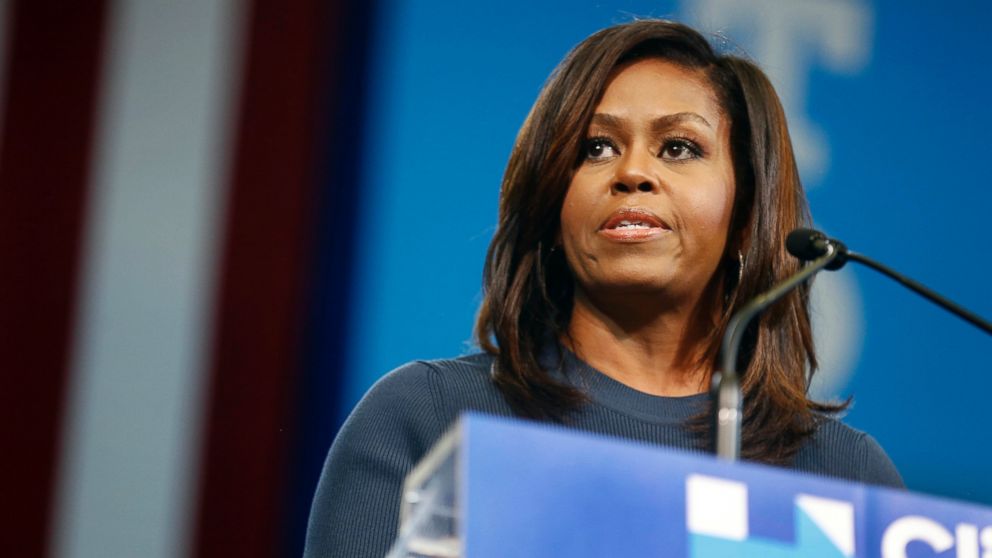 Michelle Obama continued her criticisms of Donald Trump today in her first joint campaign appearance with Hillary Clinton, but the Republican presidential nominee appears to be unfazed by such attacks.

"Is she going to say, 'Trump is better at that than any other human being in the world'? OK, which I believe I am," he said.

Obama has been one of Clinton's most vocal surrogates in recent weeks, giving a number of well-received speeches on her behalf but never mentioning Trump by name.

But the target of the first lady's criticism is obvious, including her remarks about the "hurtful, deceitful" birther theory that Trump popularized and his "locker-room talk" defense for a 2005 recording in which he apparently boasts of groping women without their consent.

"If a candidate is erratic and threatening, if a candidate traffics in prejudice, fear and lies on the campaign trail, if a candidate thinks that not paying taxes makes you smart or that it's good business when people lose their homes, if a candidate regularly and flippantly makes cruel and insulting comments about women - about how we look, how we act - well, sadly, that's who that candidate really is," Obama said in an earlier campaign speech in Pennsylvania.

Trump played down such comments.

Trump brought up a comment that Obama made during the 2008 presidential primaries.

"One of the things, the important aspects of this race, is role modeling what good families should look like. And my view is that if you can't run your own house, you certainly can't run the White House," she said at an event in August 2007, according to PolitiFact.

Some viewed that as a veiled swipe at the Clintons, though shortly afterward then-Sen. Barack Obama told reporters, "There was no reference beyond her point that we have had an administration [under George W. Bush] that talks a lot about family values but doesn't follow through."

Trump takes a different view, also dismissing any notion that Michelle Obama was talking only about her own house.

"Oh, come on. Look, you know better than that," he said Wednesday.

"That was during the campaign," Trump said of the statement. "She said about Hillary Clinton, 'You can't take care of your own house,' meaning Bill Clinton, 'then how you can take care of the White House?' It was a vicious statement. It was covered at the time. And it's gone all over the world."
Related topics:
abc newsnational
Copyright © 2020 ABC News Internet Ventures.
More Videos
From CNN Newsource affiliates
TOP STORIES