NFL wants to build on success of 'My Cause, My Cleats' 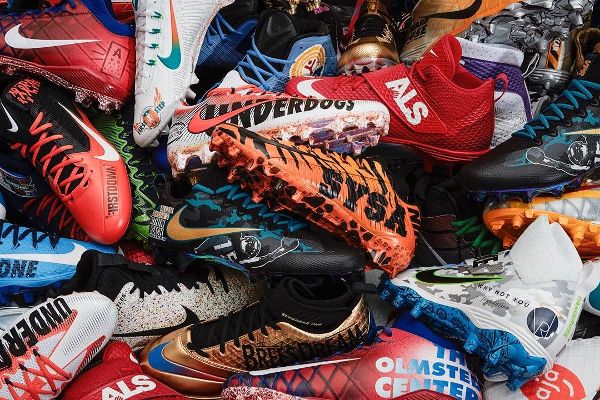 The "My Cause, My Cleats" program, a campaign in which players wore specially designed cleats to promote their charity of choice in Week 13, has been such a success that the NFL anticipates conducting the same program next season.

The league is still trying to figure out the most effective way to do it, according to NFL senior vice president of social responsibility Anna Isaacson.

Commissioner Roger Goodell will meet with NFL players in January to get their sense of what worked and how the concept could be expanded.

"Nothing is off the table," Isaacson said. "Now that we tried something new, there's an appetite to hear how we can extend it. But we want to be thoughtful about it."

The cleats of three Dallas Cowboys players had received the top bids in open auctions as of Sunday morning. Quarterback Dak Prescott's cleats have raised $4,510 for The American Cancer Society. Ezekiel Elliott's cleats will fetch at least $4,036 for shelter animals and animals in need, and Jason Witten's cleats are currently going for $2,000 to help stop domestic violence.

Tennessee Titans and Cleveland Browns players will participate in the campaign this week, as both teams were on a bye in Week 13.