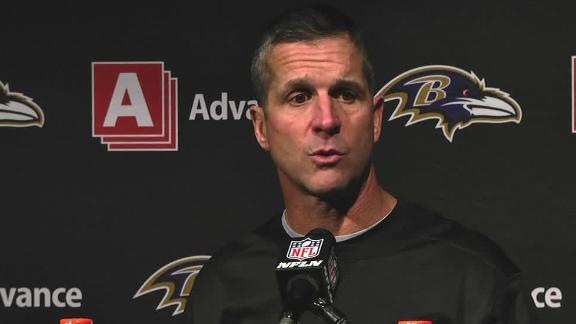 Reuland was 29. He suffered a brain aneurysm Nov. 28 and had surgery a day later.

"We lost a Raven today," Harbaugh said. "I just want to offer condolences to his family. We love Konrad Reuland. Every single guy in the locker room loves him."

Harbaugh then recited a short psalm.

Reuland played four games for the Ravens last season, starting in one. He didn't have a catch for Baltimore.

He spent two seasons at Notre Dame (2006-07) before transferring to Stanford, where he finished out his college career before going undrafted in 2011. The Cardinal tweeted their condolences Monday night:

Reuland's death is the latest tragedy in a difficult year for the Ravens. Second-year cornerback Tray Walker died in a dirt bike accident in March, and longtime defensive line coach Clarence Brooks died in September after a battle with esophageal cancer.