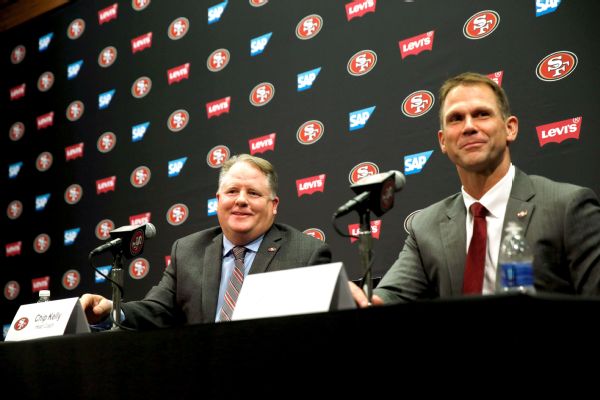 Meetings are expected to occur as early as postgame Sunday -- San Francisco hosts the Seahawks at 4:25 p.m. ET -- and no later than Monday to determine their ultimate fates, sources said. Both Kelly and Baalke are said to know that their time in San Francisco is coming to an end.

Kelly has three years remaining on his contract, and the Eaglesstill owe him a small portion from when he was head coach in Philadelphia. Baalke has two years left on his deal, but both men have gotten signals that this could be the end in San Francisco.

It shapes up as another dramatic shakeup for the 49ers, in which CEO Jed York and executive vice president Paraag Marathe will lead the search for replacements.

Kelly is about to finish his first season in San Francisco, which is 2-13 and will finish last in the NFC West.

The Niners will become the first team since 1976-77 to fire coaches in back-to-back years after just one season at the helm. Coincidentally, the Niners were the last franchise to do it, firing Monte Clark and Ken Meyer after each had a single season on the job.

The Niners hired Kelly in January 2016 after firing Jim Tomsula, whom they hired in 2015 to replace Jim Harbaugh.

In nearly three full seasons with the Eagles, Kelly won 26 games. He was only the second coach in Niners history to come aboard with previous NFL head-coaching experience.

None of that mattered much, as Kelly's Niners flopped in 2016, dropping to the bottom of the league in a number of major categories and setting a franchise record with 13 consecutive losses. Along the way, the Niners became part of a national conversation when quarterback Colin Kaepernick opted to kneel during the national anthem to protest racial inequality in the United States.

Although he was criticized in Philadelphia for his interactions with some players, Kelly drew praise from the locker room for his support of Kaepernick's right to express himself.

Despite the struggles on the field, Kelly said as recently as this week that he was pleased with the group he had for his first season with the team.

"I look at, it's what you get to work with, and I'm actually grateful for this group of guys we get to work with because of their attitudes and how they've approached it every single day," Kelly said.

"So challenging is if maybe guys don't buy in or guys are doing things that are detrimental to the team, and that hasn't happened here at all. This has been a great group to work with."

As GM, Baalke quickly earned praise, including being named the PFWA Executive of the Year after the Niners went 13-3 in his first season. The Niners went to three straight NFC Championship Games and a Super Bowl in the years that followed with a roster many considered among the best and deepest in the league.

But things went south quickly, as Harbaugh's relationship with Baalke and the organization soured, and Harbaugh was fired after the 2014 season. During training camp, Baalke even acknowledged that he was entering the season on the hot seat.

"If people want to push blame, look right here because I've been given everything I need to be successful," Baalke said before the Oct. 6 game at Arizona.

Along the way, some things that were out of his control didn't help Baalke's cause. Productive players such as linebackers Patrick Willis and Chris Borland, offensive tackle Anthony Davis and defensive lineman Justin Smith all retired in the same offseason, with Borland and Davis' decisions coming as major surprises. Still, Baalke's inability to continue stocking the roster and his insistence on rolling the dice on players coming off injury in hopes of "redshirting" them have been the biggest reasons for the Niners' struggles.

The 49ers had 69 draft selections since Baalke began running the draft in 2010, the most selections of any team in the league. Although McCloughan stacked the board for that strong 2010 draft, Baalke's selections from 2011 onward yielded one Pro Bowler in the form of linebacker Aldon Smith. From 2013 to '16, Baalke used seven picks on players coming off significant knee injuries. Of that group, only outside linebacker Tank Carradine and cornerback Keith Reaser were on the roster through the entire 2016 season.

Information from ESPN's Nick Wagoner was used in this report. 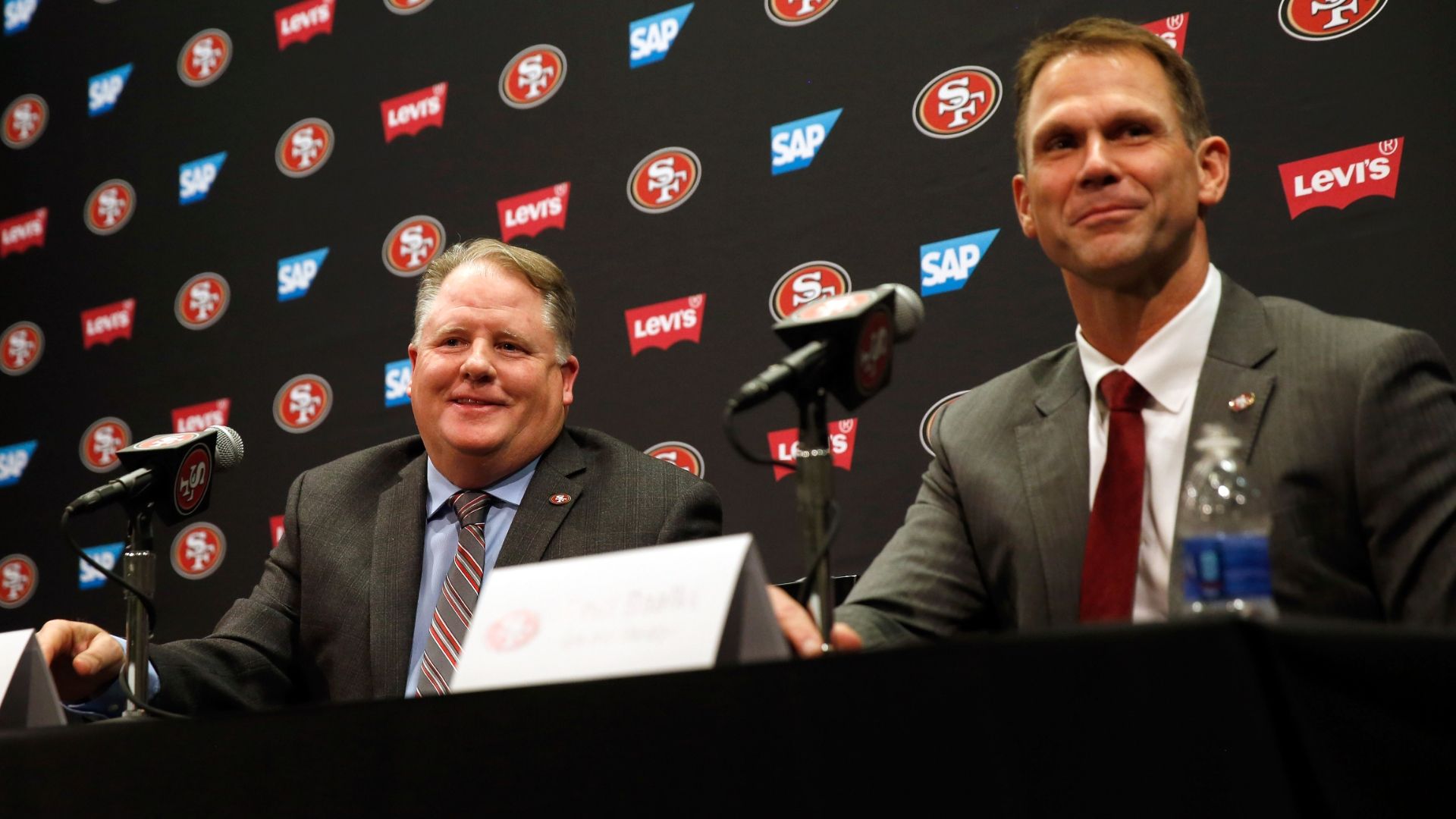