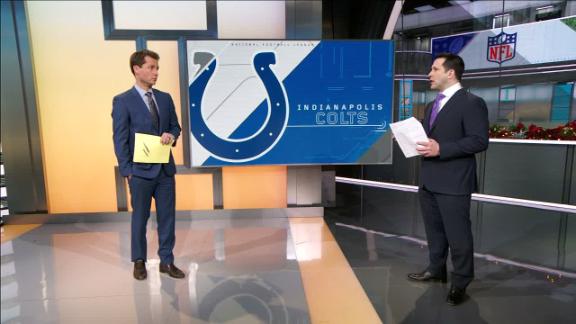 Indianapolis Colts owner Jim Irsay has been "very unhappy" with his team's performance for weeks now, and coaches in the organization have expressed fear this week that change is coming, league sources told ESPN.

There is uncertainty regarding whether just head coach Chuck Pagano's job is in jeopardy or whether general manager Ryan Grigson is also on the hot seat. But those in the Colts organization are bracing for change.

The Colts, who are 7-8 entering Sunday's season finale against the Jacksonville Jaguars, have missed the playoffs for two straight seasons for the first time since 1997 and 1998.

Since playing in the AFC Championship Game in the 2014 season, the team has been slowed by injuries to franchise quarterback Andrew Luck and internal feuding between Pagano and Grigson over the building of the roster.

Though it seemed at the end of last year that either Pagano or Grigson would be fired, Irsay surprisingly got both to agree to work together heading into this season and signed them both to deals that bound the two together for the next four years.

Pagano is 48-31 in five seasons with the Colts. In 2012, his first season as head coach, Pagano was diagnosed with leukemia. He missed Weeks 5-16, returning in time for the final week of the season.