KGO
By Sergio Quintana
GUERNEVILLE, Calif. (KGO) -- A major storm that moved through the Bay Area over the weekend caused the Russian River to reach flood stage, leaving cars and homes in the area under water.

Emergency Crews in Forestville are responding to a water rescue. The Russian River is dangerously high. pic.twitter.com/94ZYEnALux

Rescue crews have been busy all day Monday helping people throughout Guerneville who have been affected by the storm. At one point, they had to transport a man got boxed inside his home by the flood water. "We had a medical emergency over on Neely Road where we had our engine crew staged due to the high water and we just got the boat over to shuttle him across to our awaiting ambulance," Russian River Fire District spokesperson Travis Wood said.

The Russian River crested at about 35 feet Monday afternoon. That's a relief for people who know exactly what level spells trouble for their properties. "Right now, I'm at 36 feet and if it gets to 40 I'm underwater," Guerneville resident Igor Rozov said.

He's been trying to contact a friend who reached out to him earlier Monday morning, but hasn't spoken with him again since. "I know he got trapped in vacation beach area, and he got his child, wife and parentsand they're all in the house," Rozov said.

Residents along the Russian River have launched their canoes to get across some flooded streets. pic.twitter.com/iq23KAO9TH

Some buildings have been swamped by river water, but flooded roads have been the biggest issue.

There have been a couple of big wheeled trucks drive through submerged streets.

Residents hoping to avoid that road hazard have pulled out their canoes instead. Jason Robinson and his son Hendrix have paddled a couple miles in the swollen river. This is the first time Hendrix has seen the river jump its banks.

When asked how it looks out there, Robinson said there's a lot of trash and propane cans floating around.

What's in the water and what's underwater, could be a major safety concern for days to come. 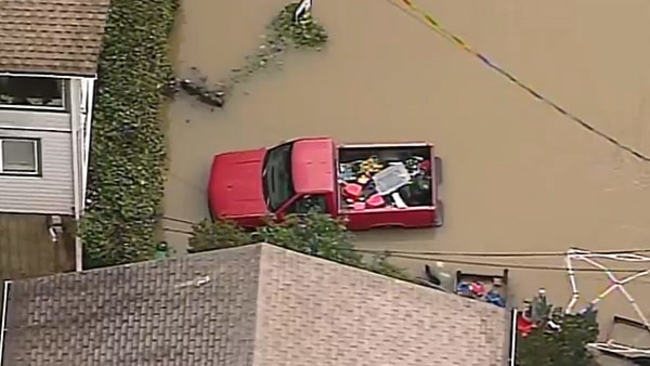 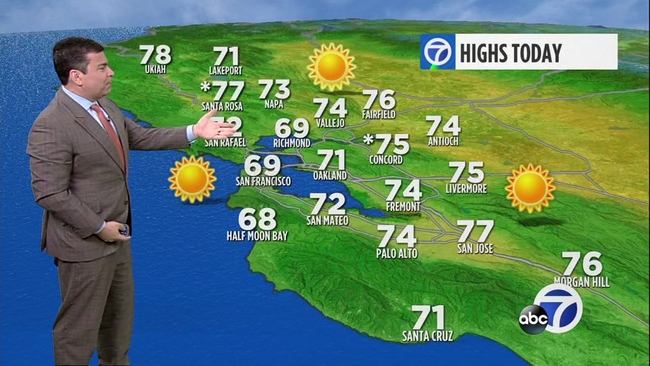