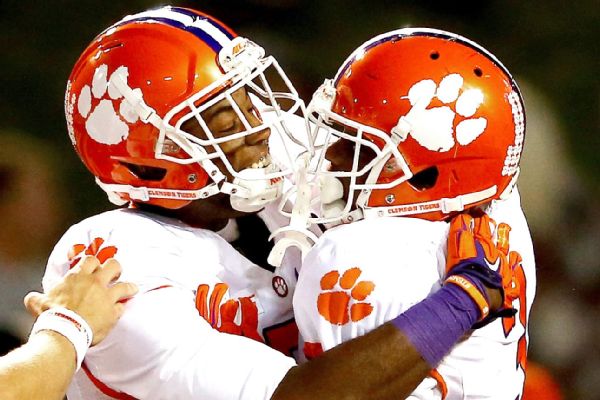 The moves were expected. Both participated in Clemson senior day activities in November, and coach Dabo Swinney talked about them as if they would be leaving for the pros.

Williams led the team with 98 receptions for 1,361 yards and 11 touchdowns, one year after suffering a broken neck and being sidelined for 14 games.

Scott was second on the team with 76 receptions. His 614 receiving yards ranked fourth on the team, and he added five touchdown catches.