Bo Jackson voices concern for Cam Newton: Hits to QB's head scare 'the hell out of me' 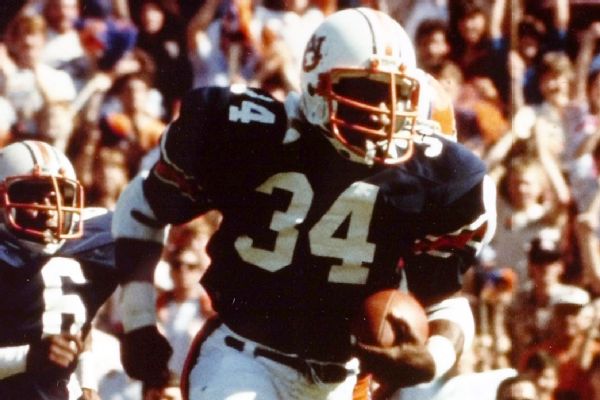 CHARLOTTE, N.C. -- The ties between Bo Jackson and Cam Newton have gone beyond being Heisman Trophy-winning Auburn stars to concerns over concussions.

Jackson told USA Today Sports that "it scares the hell out of me" every time he sees the Carolina Panthers quarterback take a hit to the head.

Jackson, the 1985 Heisman winner, said last week that he admitted he "would have never played football" had he been aware of chronic traumatic encephalopathy and other health risks from concussions.

"The person I love in the NFL like my own son is Cam Newton," Jackson told USA Today. "I cuss him out like my own son. But every time he takes a hit to his head, that scares me, it scares the hell out of me."

Newton, the 2010 Heisman Trophy winner, missed a game this past season after suffering a concussion while trying to score on a two-point conversion in the final quarter of a Week 4 loss at Atlanta. He spoke out in December when Panthers coach Ron Rivera was trying to decide whether to sit Luke Kuechly for the final three games after the four-time Pro Bowler cleared the concussion protocol.

"I don't think, for me, I would want to jeopardize that for a long-term issue to just bring [Kuechly] back," Newton said. "I'm not talking for [head trainer Ryan Vermillion], I'm not talking for Coach and I'm definitely not talking for Luke. But in the end, it's coming from a person who also sustained a concussion."

Jackson told USA Today he had the right to speak out about concussions because he had "a couple" during his career.

"I speak on CTE because I have a tendency to forget little things, like where I put my keys five minutes ago," he said. "Or I forget what items I came to the grocery store for. I had my bell rung a couple of times while I was with the Oakland Raiders. One time I got up off the field, came to the sideline and actually sat on the wrong bench."

That's why Jackson gets scared every time he sees Newton take a hit to the head.

"I witnessed him getting hit hard twice, and both times go to the locker room," Jackson said. "I know he can take care of himself, but it still scares me. I care about all of those players playing. I don't want to see anybody get hurt."

Newton's concussion came after he took multiple helmet-to-helmet hits this season. One of those came in the opener at Denver in which the NFL and NFL Players Association launched investigations to determine whether the concussion protocol was handled properly after a fourth-quarter hit on the reigning league MVP.

Both ultimately ruled the protocol was properly followed.

"It's nothing to play with, I can tell you that. You see guys that have stuff stemming back from their concussion years removed from the game. This game brings a lot of joy, and also it's a lot of repercussions that come with it."

Newton became so frustrated by officials not calling penalties on what he considered illegal hits that he called out the league for not protecting him in the pocket after a late-October victory over Arizona. His comments led to a phone call with NFL commissioner Roger Goodell. 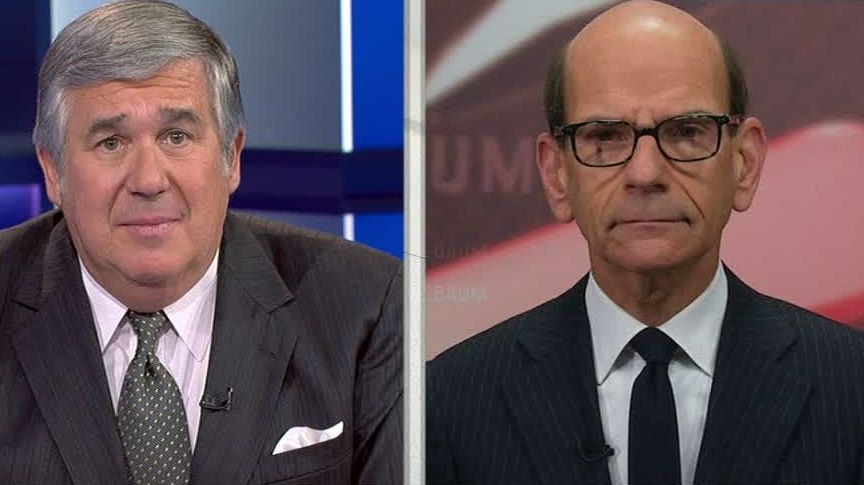 Bo Jackson's opinion of football changes
Bo Jackson says if he knew then what he knows now about concussions, he never would have played football and right now, he'd never let his son play either. Paul Finebaum joins OTL to talk about the impact these statements by Bo Jackson could have.