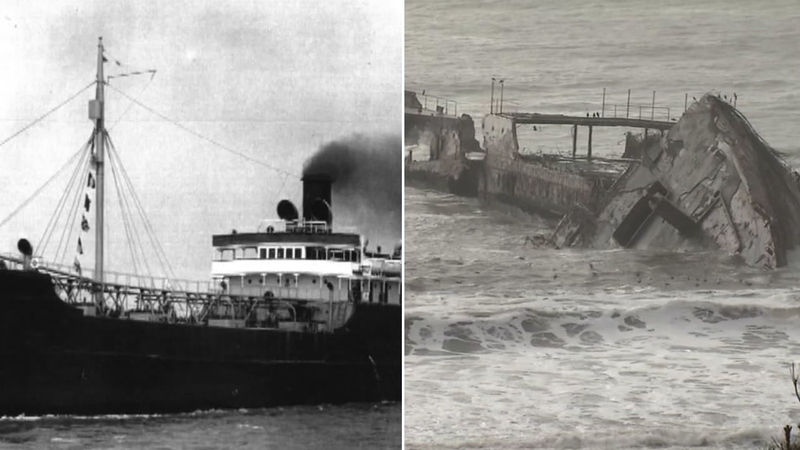 APTOS, Calif. (KGO) -- A 98-year-old ship is now in three pieces in the surf of Aptos. The landmark cement ship was deliberately sunk in 1930 and now the storms of 2017 may have done it in for good.

People take advantage of a break in the storms to look at damage to the WW I era concrete ship #sspaloalto pic.twitter.com/VeOSV3dxRC

This still from a drone video shows the SS Palo Alto in Aptos, Calif. before a series of storms hit the Bay Area in January of 2017.