ESPN
Jim Harbaugh says people are too quick to judge quarterbacks and, if given a chance, Colin Kaepernick has the stuff to get another team to the Super Bowl.

"Again, you look at the history of the position and ... myself, I don't think I even started until I was 26, maybe it was 27," said Harbaugh, whose NFL career spanned five teams from 1987 to 2001. "My fourth year in the league, I became a full-time starter. A lot of quarterbacks really come into their own in their late 20s and even their early 30s.

"It seems that these days people aren't as patient. They want to label someone as being great or not being able to play, being a bust so quickly these days. Even after they label them great, then if a quarterback struggles for a season, all of a sudden they can't wait to tear them down. Build them up to tear them down."

A free agent, Kaepernickis 29 and has four postseason wins on his résumé. Coached by Harbaugh, Kaepernick led the 49ers to Super Bowl XLVII in his second season in the league.

"I think he's an outstanding player," Harbaugh said. "I think he's a great competitor who's proven it in games and has the ability to be not only an NFL starter but a great NFL player.

"... Colin will be just fine. He'll just keep plugging away, and I think you'll see he'll have a great career and be a great quarterback. Win championships."

Will Harbaugh's endorsement help Kaepernick?
Jim Trotter, Adam Caplan and Joe Banner react to former 49ers coach Jim Harbaugh's comments that Colin Kaepernick has proven he has the ability to be "a great NFL player." 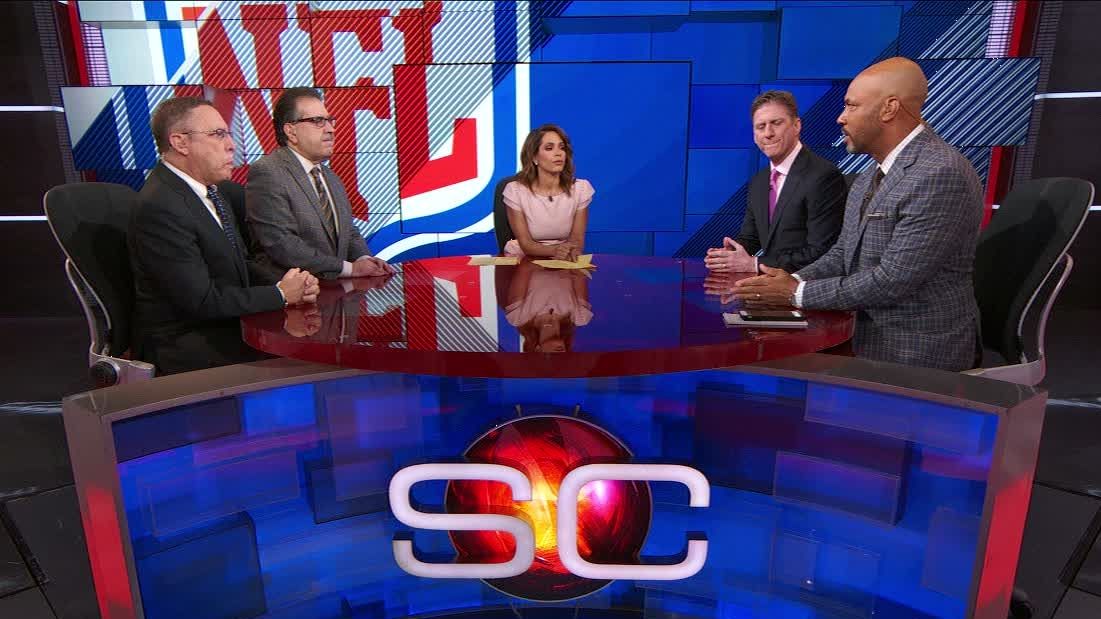