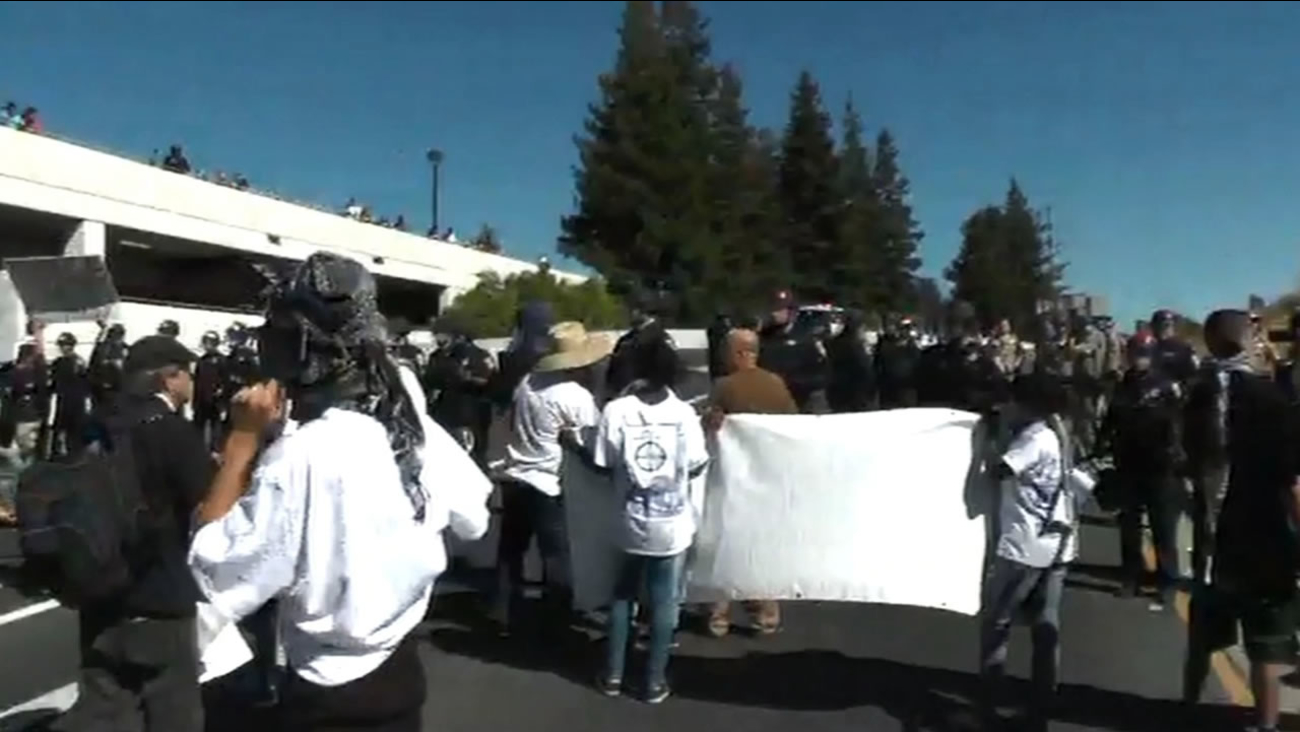 KGO
SANTA ROSA, Calif. -- No arrests have been made in Saturday's protests that blocked off several streets in Santa Rosa, including a portion of Highway 101.

The rally that started at 1 p.m. in Old Courthouse Square and a march through the downtown that started around 3:30 p.m. was peaceful until more than a dozen of the 100 protesters marched up the Third Street off-ramp of northbound U.S. Highway 101 and onto the highway where they blocked traffic around 4:30 p.m.

The California Highway Patrol staged three patrol cars and a motorcycle about 50 yards south of the protesters in the northbound lanes. When CHP officers walked toward the protesters on the highway, the group moved back down the off-ramp. They were met at the base of the ramp by at least two-dozen Santa Rosa police officers with several dozen more staged nearby.

Many of those who attended the rally and the march against officer-involved shootings and what they called "militarized" police agencies were from the East Bay. Some were members of StopMassIncarceration.net and The Revolutionary Club of the Bay Area.

The teen was carrying an Airsoft pellet gun that Gelhaus mistook for an AK-47 assault rifle.