KGO
Rider Strong made a birthday wish come true Wednesday when he sent a special greeting to 13-year-old Alex Hengsterman, who has Down syndrome.

"Dude, you have so many people that love you," Strong says in the video. The actor said that he received call and texts from all over the world alerting him to Alex's story, including from other Boy Meets World alumni.

The #Rider4Alex campaign began when Alex's brother reached out to the Boy Meets World actor on Twitter.

@RiderStrong, my brother Alex is your #1 fan & he knows all of your movies. Could he get a HBD video? He turns 13 on Wednesday #Rider4Alex pic.twitter.com/hFD1PQojW8

Alex, who turned 13 today, is a die-hard Boy Meets World fan, and his family knew nothing would make his special day extraordinary quite like a message from Strong, his favorite star.

Alex Hengsterman is turning 13 on April 12, and nothing would make the boy's world quite like a wish from actor Rider Strong.

"He loves the move Shawn Hunter does in the show where he spikes his hair up, like in the video I posted," Jackson said. "He does the hair-spiking often, especially when he sees some 'ladies' he is trying to impress. It's hilarious."

In the birthday message, Strong offered Alex some tips on perfecting the Shawn Hunter hair flip.

"You want to get it to two hands, 'cause that's when the real Shawn Hunter magic happens," Strong said, demonstrating his technique. 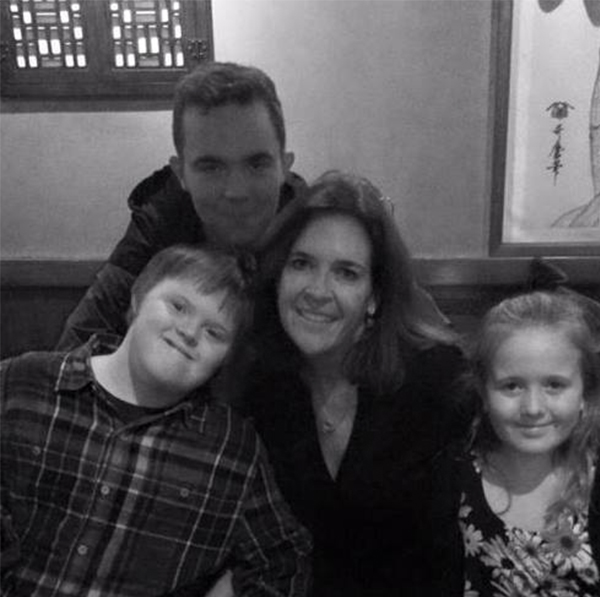 Alex's mom, Stacey Hengsterman, also told ABC just how much a birthday message from Rider would mean to Alex.

"Just the thought of Rider saying that he heard Alex was his biggest fan and he was thinking of him would be something Alex would talk about for the rest of his life," Stacey said.
Related topics:
societydistractionbuzzworthytelevisionsocial mediatrendingwatercoolergood newstwitterfeel gooddown syndrome
Copyright © 2020 KGO-TV. All Rights Reserved.
RELATED 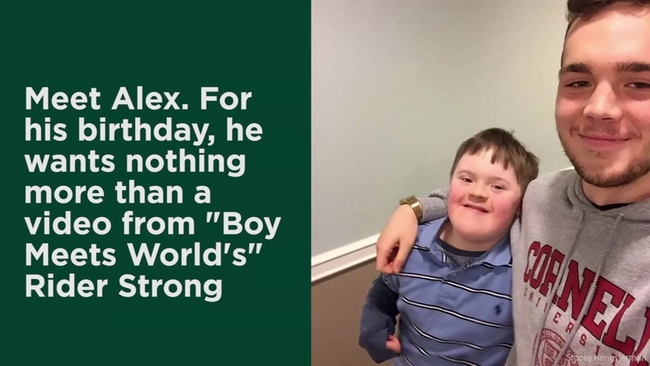