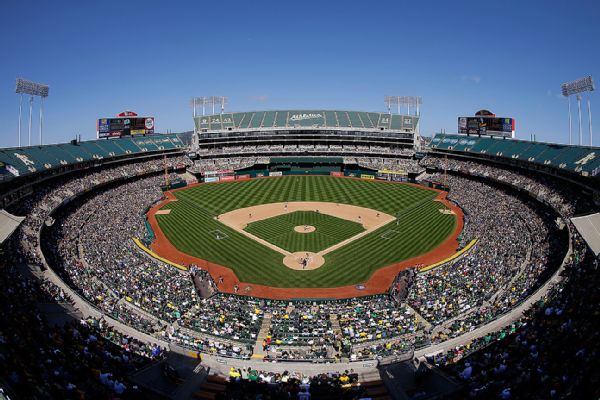 OAKLAND, Calif. -- The Oakland Athletics are pulling the tarps and opening a portion of the upper deck at the Coliseum for their upcoming 10-game homestand.

The seats will sell for $15 and be available for games beginning Friday against Houston, the team said, while announcing that 50 percent from purchases will go to "Oakland Promise,'' an initiative striving to triple the number of college graduates from the city of Oakland over the next 10 years. The A's say this is "a thank you to Oakland A's fans.''