KGO
SAN FRANCISCO (KGO) -- A San Francisco supervisor wants to expand a program that provides clean bathrooms and boxes to dispose of needles at some city parks.

The city says boxes help get thousands of dangerous drug needles off the streets, but some neighbors are convinced it's not a good idea. 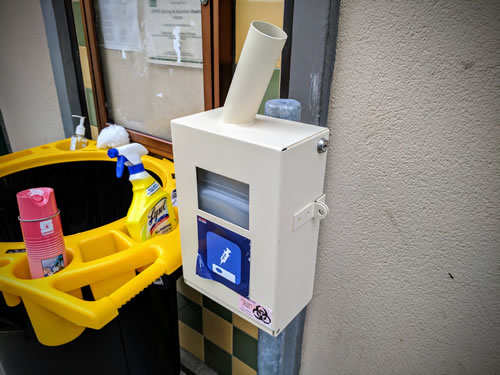 "About five, I was walking through the playground and I see five needles." That was the day Kittrell Warren says he made it his mission to clean up a San Francisco park.

He lives in a nearby shelter, and comes to the park every day before school starts across the street.

"I wake up just to do this man," he said. "And we go through the park and make sure there's no needles in the park."

"The school had actually stopped using the park during the school day because they were worried about the children's safety," said San Francisco Supervisor Jane Kim.

She says that changed when the park became part of the city's pit stop program.

A city worker comes every day to clean the park and monitor the nearly spotless restrooms, that include a box for needle disposal.

"The reality is that people are using the needles, and until we accept that, we're going to find the needles out on the streets for children to play with," said Kim.

The box has a lukewarm reception from neighbors. While they're on board with cleaning up the park, some think boxes like this might have the opposite effect.

"You know, I think the needle box is like encouraging drug users to come and use the bathroom," said neighbor Harvey Clanton.

"Since the needle boxes been back there, now I'm starting to find needles in the park again," Warren told ABC7 News. 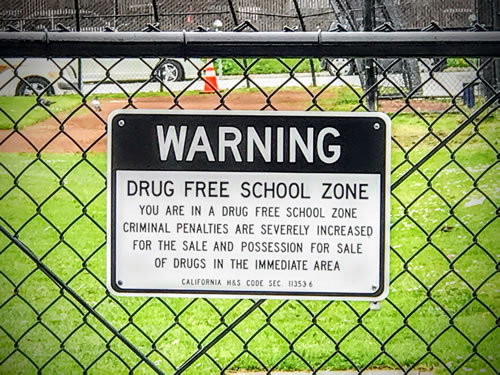 Whether or not there's an increase, public works concedes most needles aren't winding up in the box on their own.

"I do have to say that a majority of the needles that are picked up come from our monitors and patrolling the area," said Dejuan Lewis of the San Francisco Family Pit Stop Program.

That's why some believe the boxes will only work if the city or a dedicated neighbor is keeping watch.

"A dope fiend is not going to come out of the bathroom and take a needle and stick it in the box," said Lewis. "That's not going to happen."
Related topics:
san franciscoillegal drugscrimehomelessdrug addictiondrugsan francisco board of supervisorspark
Copyright © 2020 KGO-TV. All Rights Reserved.
More Videos
From CNN Newsource affiliates
TOP STORIES