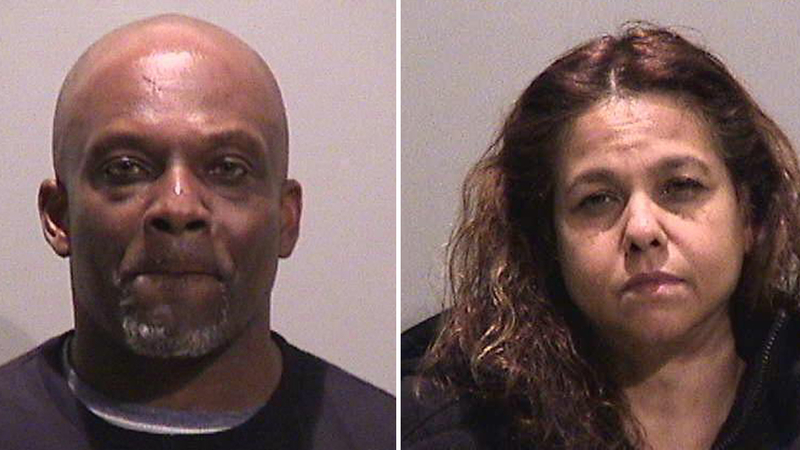 DUBLIN, Calif. (KGO) -- Two people are behind bars in Alameda County, charged in a murder-for-hire scheme that resulted in the death of a Fremont Chef.

Police said 50-year-old Maria Moore was a friend of the victim. She's accused of hiring 46-year-old Marvel Salvant to carry out the killing. The motive-- money, according to Fremont Police Lieutenant Mike Tegner.

Detectives said on Oct. 8, the victim, 56-year-old Dominic Sarkar, was shot multiple times in a room he rented inside a Fremont home. Tegner says Moore had taken out the insurance with herself as the beneficiary.

"It is evil. It's an evil thing to do something like this to someone she knew as well as she knew the victim in this case."

Marvel Salvant's mother and siblings were at the courthouse in Dublin for his and Moore's scheduled arraignment. But, the defendant's did not appear and the matter was put off until the New Year.

However, Salvant's mother Mollie says her son is innocent.

"There's nothing violent about my son, for him to be accused of something like this," she said.

Mollie also says she and her family are suffering.

Police say it was a complex scheme that took a while to unravel. A large number of detectives showed up for Thursday's expected hearing. They were disappointed by the no-show but satisfied that they believe they cracked the case.

Detective Brent Butcher said, "The bottom line is we're working for the family of Dominic Sarkar. We've had a close relationship with his family in India, and my condolences and prayers go out to the family and friends."
Report a correction or typo
Related topics:
fremontmurderhomicide investigationu.s. & worldrestaurantinvestigationpolice
Copyright © 2021 KGO-TV. All Rights Reserved.
RELATED
Bay Area chef identified as victim in Fremont homicide
Man on bicycle seen leaving homicide scene in Fremont
More Videos
From CNN Newsource affiliates
TOP STORIES