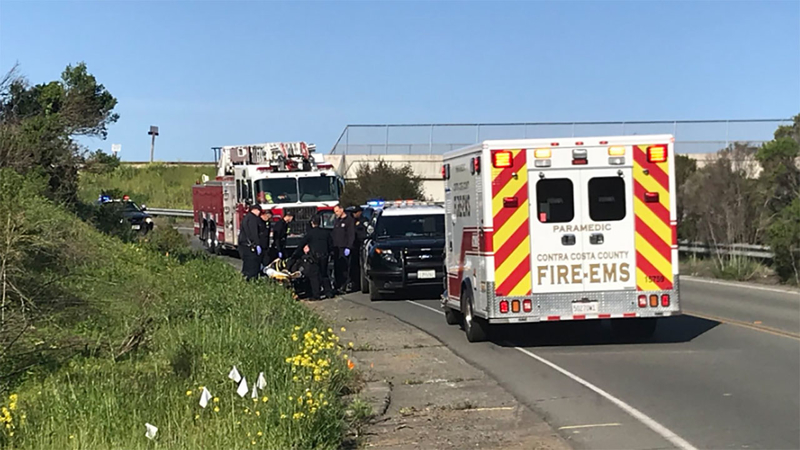 HERCULES, Calif. (KGO) -- An officer was injured while attempting to stop two stolen vehicle suspects in Hercules this morning, police said. The suspects were taken into custody after an ABC7 News crew tipped police about the suspects whereabouts.

Early this morning, an officer in a squad car was intentionally backed into by the suspects, police said. The officer is suffering from whiplash and another possible neck injury, but is expected to make a full recovery, officials said.

Police chased the suspects who lost control of their vehicle and ended up crashing through a fence and on to Claeys Ranch off of Highway 4 and Sycamore Avenue.

The suspects, who are a man and a woman, were seen covered in mud as they hopped a fence by an ABC7 News crew, who alerted police. Both of the suspects were arrested, but the male suspect resisted arrest. The man kicked and yelled profanities at officers and police eventually subdued him by shocking him with a Taser.

The suspects face multiple charges, including assault with a deadly weapon.

#BREAKING: #Hercules police detain man & woman near crash site where officer was injured. I saw these two hop fence at ranch where stolen car got stuck in mud. pic.twitter.com/NnYXVomORB